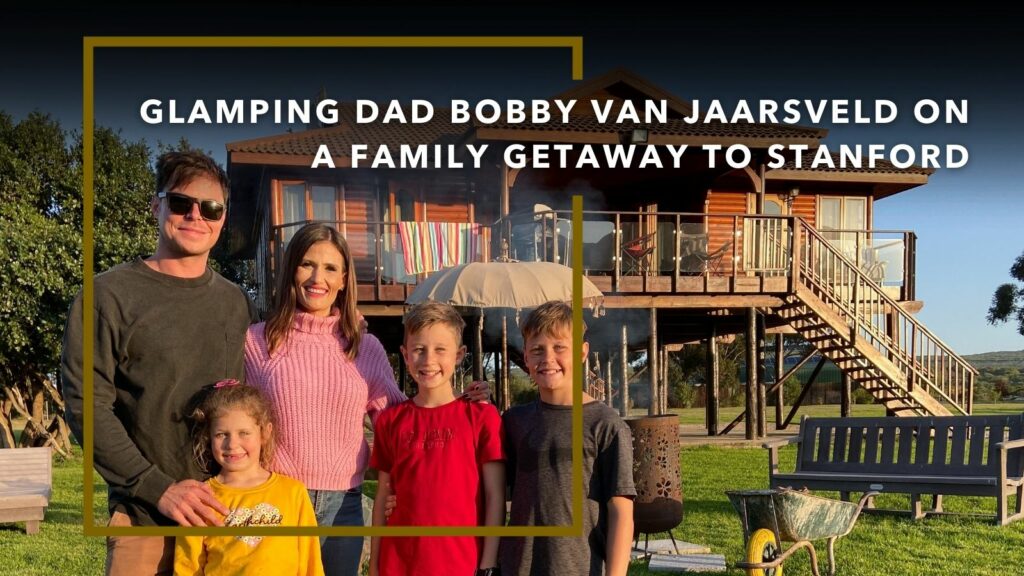 Like many a singer/ songwriter before him, touring country towns has been Bobby van Jaarsveld’s bread and butter since his career began in his teens. He still loves out of the way places, except now it’s in his re-invented role as a film and television star – but most importantly as a husband to Anna van Jaarsveld and dad to their kids Sion, Leben and Armani.

We caught up with him and his family near the small village of Sanford at Rivers End Farm – a place designed by owner Johannes van Niekerk to offer several getaways in one. 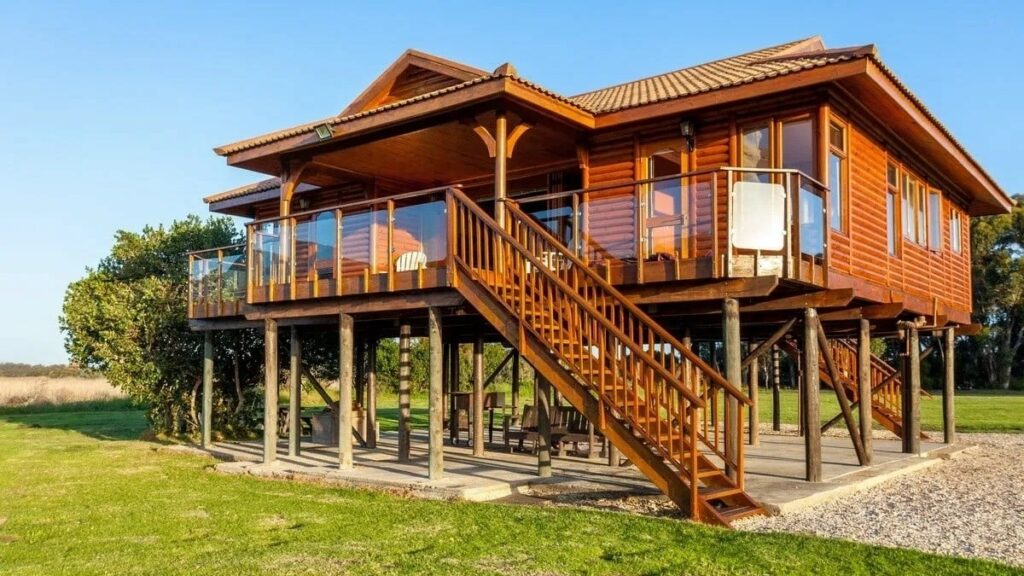 The  luxury log cabin with its epic views of the beautiful wetlands, mountain ranges and natural surroundings, along with the wild camping facilities, made it an ideal opportunity for mom and daughter bonding while the boys slept under the stars.

Bobby’s children know their dad as someone to never shy away from hard tasks but setting up this camp was one he was happy to leave to Rikus Truter – who’s an authority on all things camping in South Africa.

Since getting his first contract at the age most boys are still in matric, creating music was this recording artist’s waking/ sleeping quest. Then he had his first child.

“For me, as a father and parent of two boys and one girl, it’s important for us as a family to get away because I think that’s the stuff that the kids are going to remember.”

As he now sees it, having millions of “fans” isn’t the point. If his family are fans of who he is ‘to them’, then that is what matters.

The boys set off to the cabin bright and early the next morning for their coffee with mum – ready to seize a day of adventure.

It’s soon clear that far from having a father who’s holed up in a recording studio each day, The van Jaarsveld children have one who’s happiest outdoors.

“All the fathers out there think that they’re not owning up to their responsibilities, but a good definition of a father would be time – all they [your kids] want is time, your dedication and giving them your time,” comments Bobby.

They’re a tight unit, this family. All well aware that they need each other, and that unity is their source of strength – and fun.

“Our lives are so busy and in the chaos we’re just trying to find a place to rest and be a family. So a getaway like this allows us to make memories, and will always be something we cherish,” shares mom Anna.

As re-inventions go, Bobby’s transformation from teen music heart-throb to husband and family man may be his greatest hit of all.