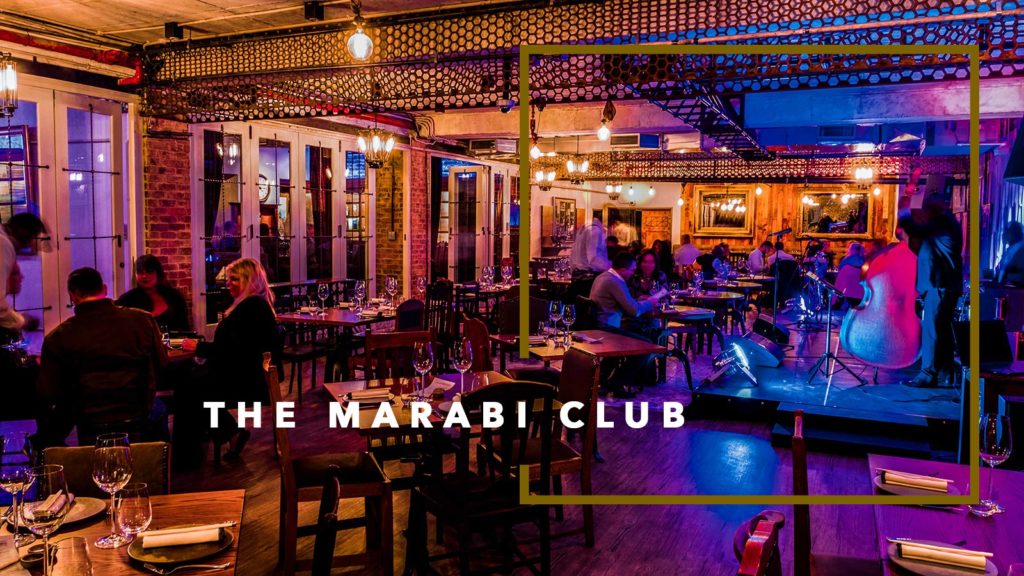 Visible from the street only by the discreet black canopy above a small metal door in Doornfontein, downtown Johannesburg, The Marabi Club is the home of food and drink accompanied by fine live jazz performances that brings 1920s South African history into the modern-day.

Where New York gave the world “The Harlem Renaissance” Johannesburg’s Doornfontein area gave birth to Marabi; a jazzy, improvisational style of music which prompted an escape from the working week of the 1920s and 1930s. 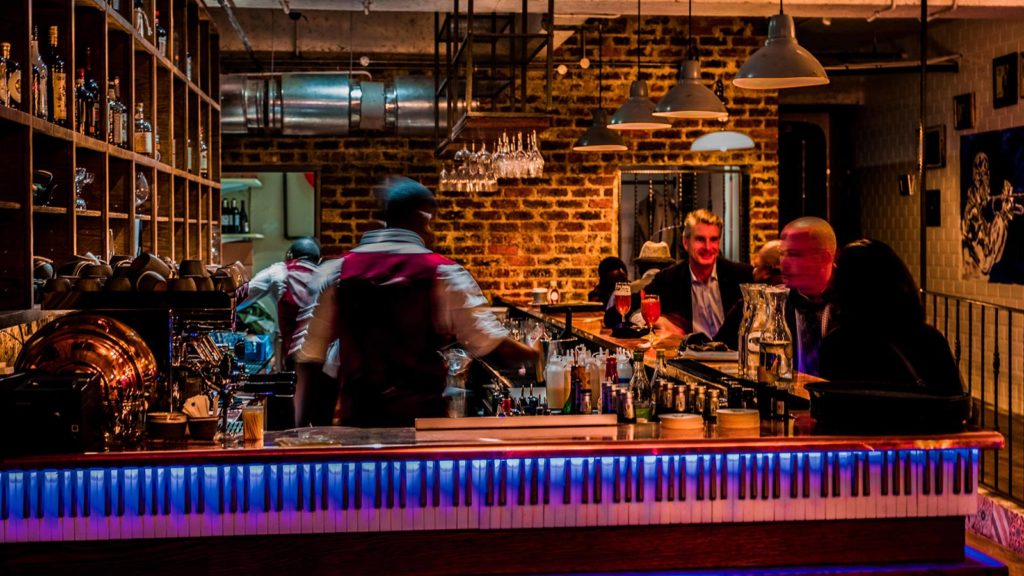 Today, the Marabi Club brings this heritage to life with a décor, ambience, menu, and dazzling performances that aim to whisk visitors away to the musical scene of yesteryear.

“Marabi started three years ago in the Maboneng area in Johannesburg CBD. The focus was very much on bringing African jazz and relatable fine dining into a part of town that represented accurately those two movements”, says Dale de Ruig, co-founder of the Marabi Club.

As the early part of the 20th century saw the increasing urbanization of black South Africans in mining centres such as the gold mining area around Johannesburg, out of this hardship came new forms of music – among them, Kwela and Marabi.

Marabi was the given name to a style of music inherited from its keyboard style, with roots in African traditions and with musical inspiration from contemporary American jazz, ragtime, and blues.

“The Marabi club was named after an African jazz movement that started in the yards of New Doornfontein right here by us, in the 1920s”, explains Dale. “It was very much the inspiration for us because our focus was on being an African jazz club that was relevant, focused, and honest about where we were, rather than looking at Chicago, New Orleans, New York, or any of those movements.” 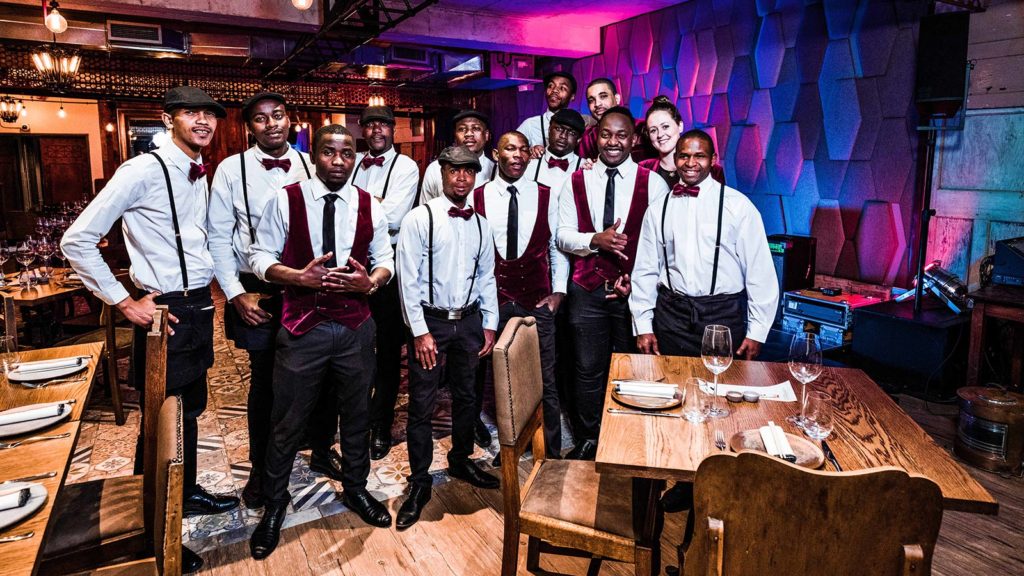 For patrons, the Marabi Club boasts both a dining area, soundstage, dance floor, and private dining room for functions as well as a whisky and cigar room.

“There’s a very serious need for spaces to play music in Johannesburg, and I think in South Africa as a whole”, says Nhlanhla. “Having a space like this at Marabi is very special for us and to be the resident band is quite a privilege.”

While the heady aromas of wine and whisky permeate the smells and sights of decadent meals prepared by head chef Katlego Mlambo, who is a familiar name to South African connoisseurs having countless culinary accolades under his belt.

“I think the menu fits in perfectly with the vibe of Marabi” says Katlego. “Marabi is a beautiful jazz club, you’ve got great music, and if I was to be asked in plain English the flavours are delicious, they’re naughty, and they’re savage and full of flavour”.

CONNECT WITH THE MARABI CLUB