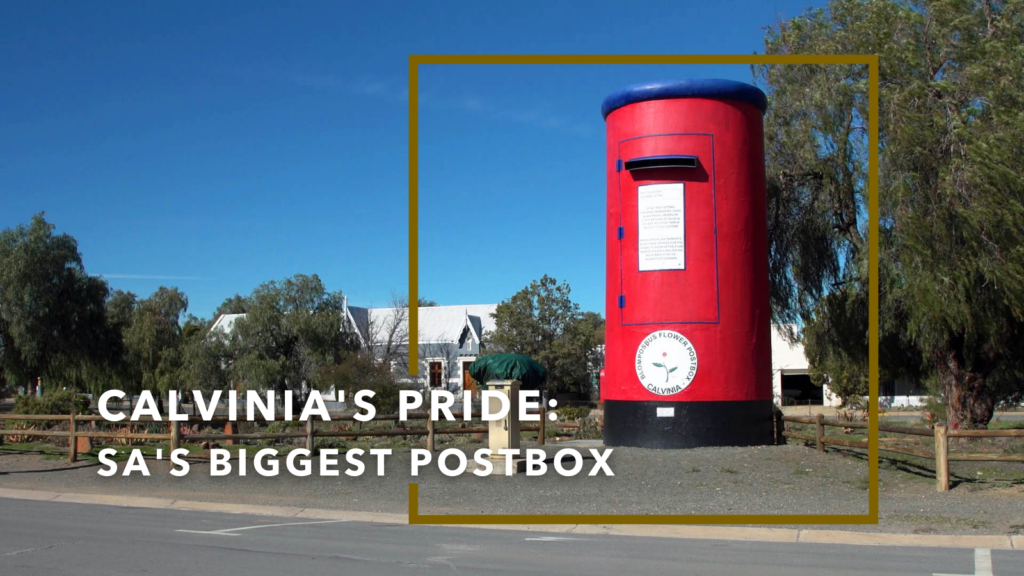 Learn more about the biggest postbox in South Africa that’s in use by the residents of Calvinia.

The town of Calvinia in the Great Karoo is known for its vast beauty and distinct charm. You may also be interested to learn that this little Northern Cape town is home to the world’s largest post box. 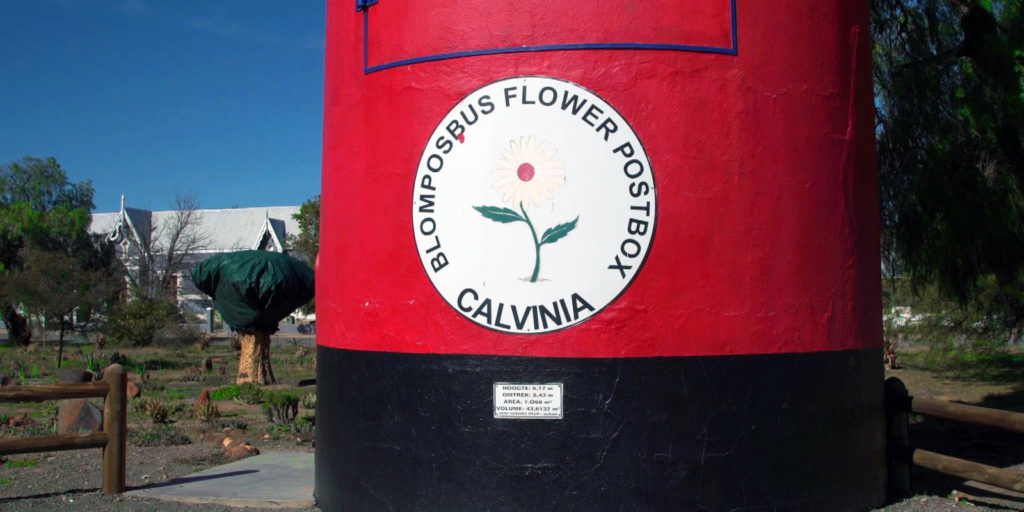 Also known as the ‘Flower Post Box’, for it’s fame during the flower season of August and September which sees people from all over SA and the world making a special effort to post mail in the big post box and receive a hand stamped flower.

Originally built as a water tower, the post box stands 6,17 metres high and is taller than the average double-storey house. Despite it’s larger than life appearance though, it still functions just the same as its far smaller counterparts.