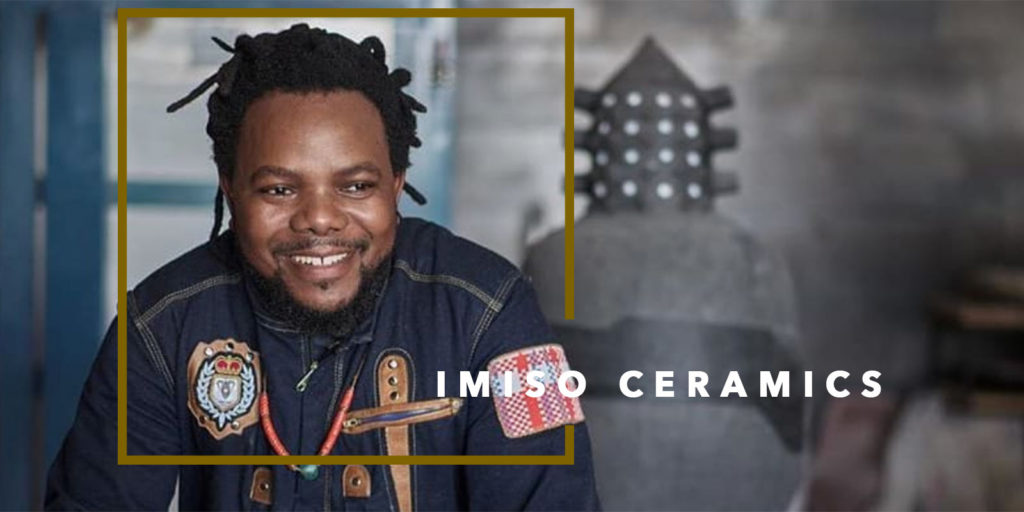 Andile Dyalvane and Zizipho Poswa, who together created Imiso Ceramics, have developed novel ways to create and design products born of their shared heritage.

‘Imiso’, the Xhosa word meaning ‘tomorrow’ has a special meaning for Andile Dyalvane and Zizipho Poswa – both of whom are fast friends who share cultural and educational backgrounds, and today have well-over two decades of design experience which they have brought together in their own way.

Imiso Ceramics, their art gallery, has built an impressive reputation for creating dynamic ceramic pieces that, while modern, incorporate indigenous designs inspired by their shared heritage and a drive to create art that is evocative of narrative, healing, and purpose. The works on display at Imiso Ceramics are informed by both their environment and history, as well as traditions of scarification and surrealism. 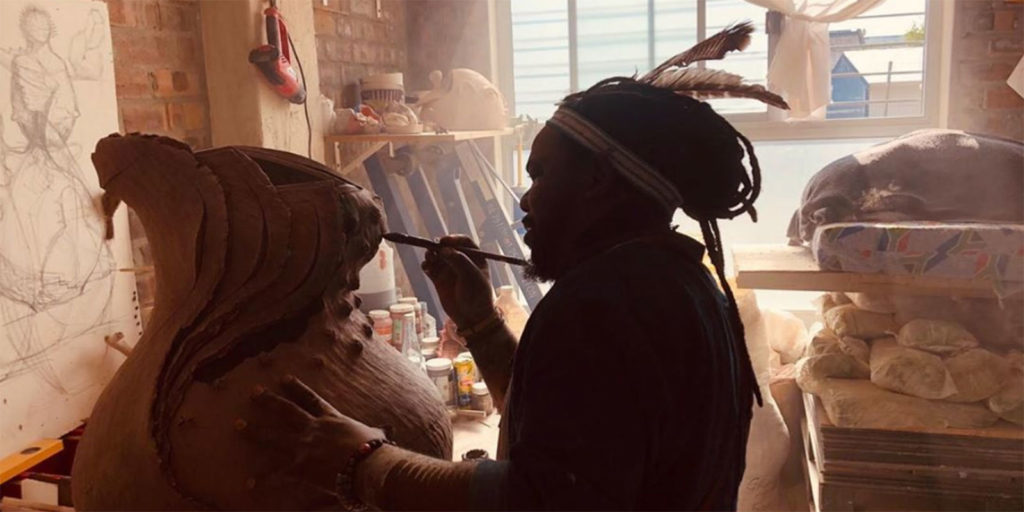 While Andile works as the head designer at Imiso Ceramics and focuses on larger pieces, Zizipho co-designs and creates works, while focussing on smaller pieces. Both artists hail from the Eastern Cape, and had studied at Nelson Mandela Metropolitan University (then Port Elizabeth Technikon).

Ceramic art is a long-standing discipline than can be dated to 7000 BC, which, in African societies, served a variety of purposes from the functional (such storage) to the aesthetic (such as cultural interchange). For Andile and Zizipho, Imiso Ceramics’ designs are informed by researching African artefacts and practices, which are then interpreted in clay to produce contemporary ceramic designs that can be adapted into a variety of products.

From humbling beginnings, both Andile and Zizipho have developed a reputation as world-class ceramic artists. “We didn’t have funds… but we had the skills, and we collaborated to make our vision happen”, says Zizipho.

“create bespoke, beautiful objects out of clay that reflect our heritage”, where “…each and every item and every expression is unique, so these are collectors’ items – each and every piece speaks of its own narrative, language, and feel”

Andile elaborates that the team’s shared goal is to “create bespoke, beautiful objects out of clay that reflect our heritage”, where “…each and every item and every expression is unique, so these are collectors’ items – each and every piece speaks of its own narrative, language, and feel”.

For Andile and Zizipho, collaboration is vital to create stunning art that can both depict their own visual narrative and complement a variety of spaces.

“We come from our background where you do not work alone – this (our studio) is built on that… Collaboration helps you to achieve things in a much more clear, distinct, and intentional way”, says Andile. “This is a place where we tell stories… the pieces here bring healing, joy, and peace into your home.”

Together, Andile and Zizipho expand the practise of ceramic art through experimentation and have been lauded for their incorporation of materials such as glass, wood, leather and textiles into their work. For the duo, inspiration can come in a variety of forms – such as from their shared heritage, the stories they’ve shared, the ideas of a family or friend, or older traditional disciplines which can be translated to modern contexts.