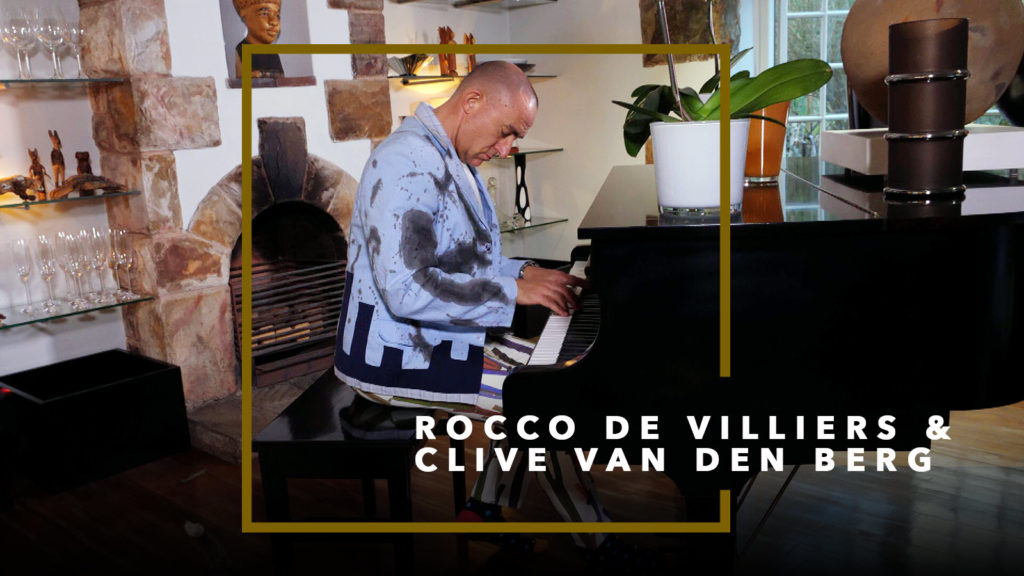 Partners Rocco de Villiers and Clive van den Berg have created a masterful home which reflects both their individual tastes and their shared pursuits as a power couple.

Rocco de Villiers, best known to South Africans as one of the country’s foremost musical minds, and Clive van den Berg, best recognised as the artistic hands behind countless moving works, are an artistic power couple based in Johannesburg.

Rocco is an established composer having written extensively for television and film – beyond countless performances in spaces around not only South Africa, but the globe. 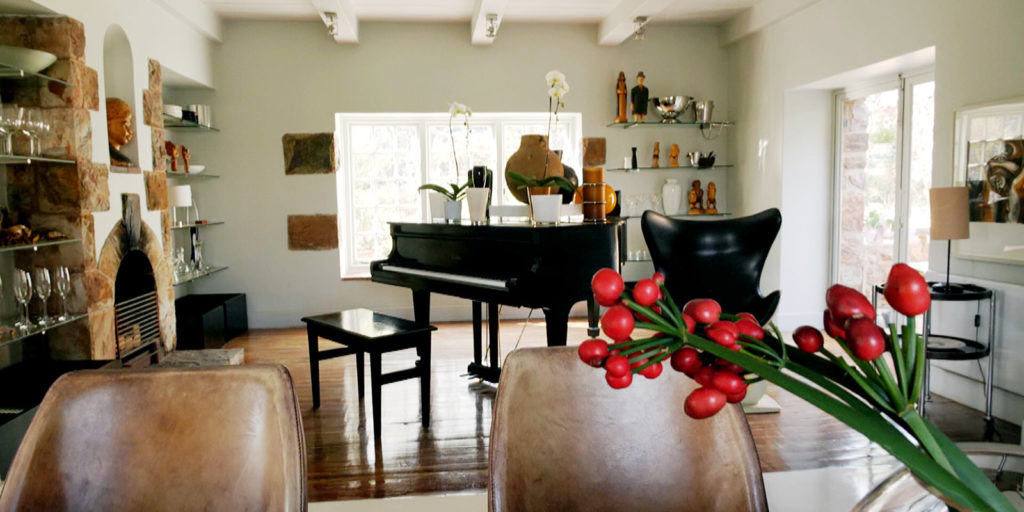 “I never wanted to study music because I thought it was boring – but then things changed, and I did study music. I’ve been performing for 30 years all over the show – 13 albums, hundreds of stage productions, every theatre, every café – more than a 100 a year! This year – less than 10.” Rocco explains, wryly.

Rocco’s partner Clive van den Berg is a celebrated artist, curator and designer whose work is frequently exhibited on the world stage. Clive elaborates that “I work primarily in two different kinds of media – one is three dimensional, which is wood, and painting.”

It’s not uncommon for Clive’s work to be found in acclaimed galleries across the country – with previous exhibitions at the Goodman Gallery, which has held the reputation as a pre-eminent art gallery on the African continent since 1966.

With so much artistic talent behind them, it’s natural that Rocco and Clive have put their powers to use to craft a beautiful living space that reflects their interests, history, feelings, and appreciations as a couple. 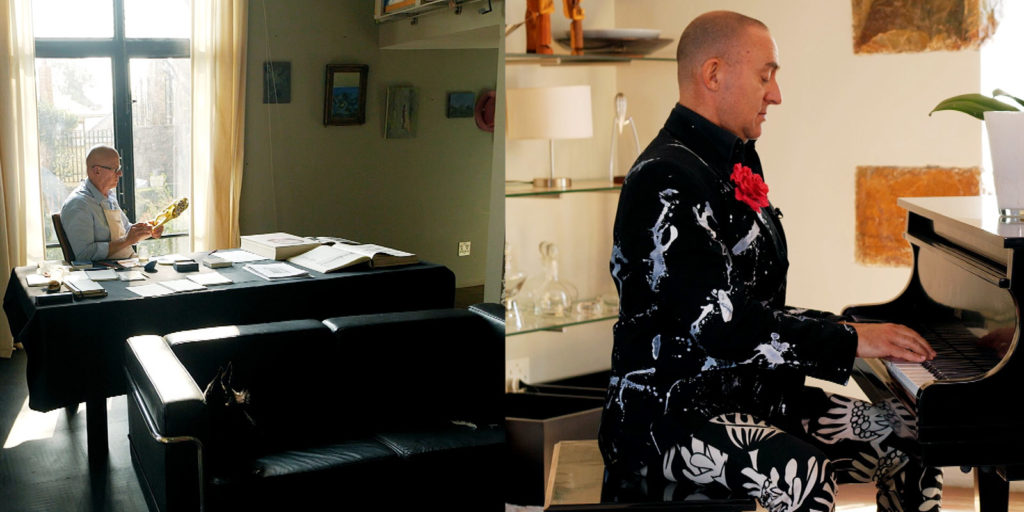 Today, the house that Rocco and Clive share was purchased 20 years ago. Since then, renovations have been made to let in more light and together, they have designed the interior to their artistic tastes, making the house into a home they can both enjoy.

The home tells the story of who they are with many of the pieces of art and furniture being collected over the years from fellow artists and designers. Some of their possessions are also nostalgic reminders to the past.

Spaces exist where each of these powerful personalities tell their own story, but also where their mutual interests and appreciations  find one another.

For example, the guest bedroom boasts an ever-changing art wall where, currently, the works being displayed are by celebrated artists Penny Siopis, Andrew Vester, Sue Williamson and of course, Clive himself, while Rocco’s home office stands as a space for him to think and plan his career and of course to store many of his fabulous costumes and outfits. 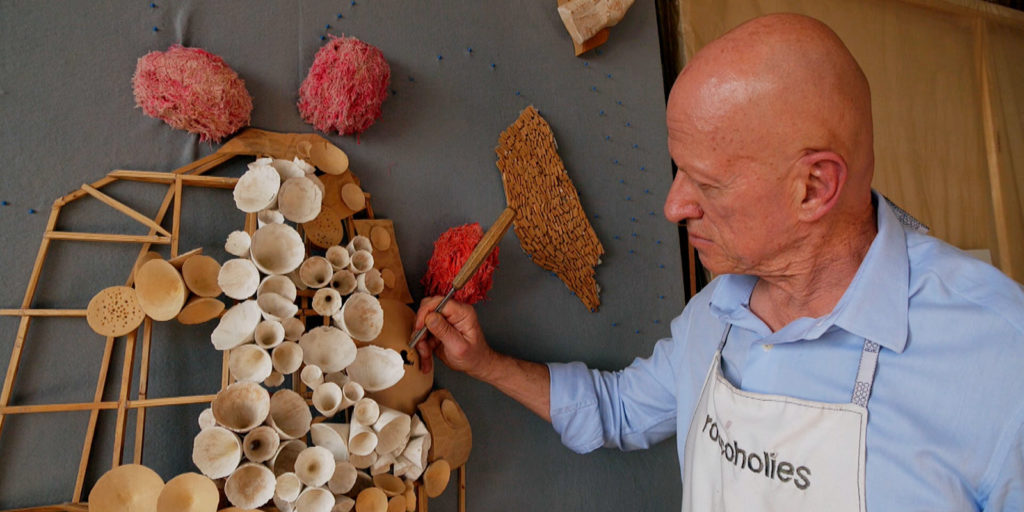 Joint efforts have included the conversion of an outside courtyard, which led to the creation of their favourite room in the house – the perfect place for them to be able to prepare food and drink and, of course, to entertain.

A kitchen with marble countertops and wooden fittings with large glass windows looking out onto the garden breathes life into the room, creating the perfect environment for Rocco to be able to treat us to one of their favourite cocktails, a dirty martini, while Clive, a lover of gardening, sculpts landscapes outside.

For Rocco and Clive, the ability to enjoy their shared space, and create majestic settings to amplify their artistic talent, further heightens their enjoyment of the arts and their appreciation of one another as partners.