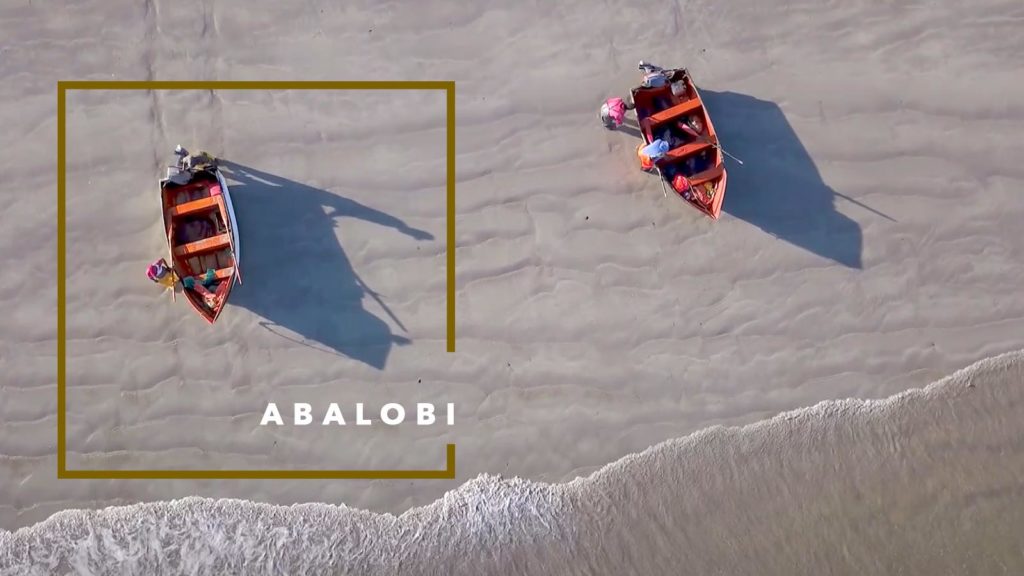 Fishing has been an integral part of many coastal communities for generations. ABALOBI, a non profit and budding social enterprise consisting of a suite of mobile apps is connecting fisher-folk directly to buyers so that they now have a chance to create a more sustainable livelihood for their families and broader community. 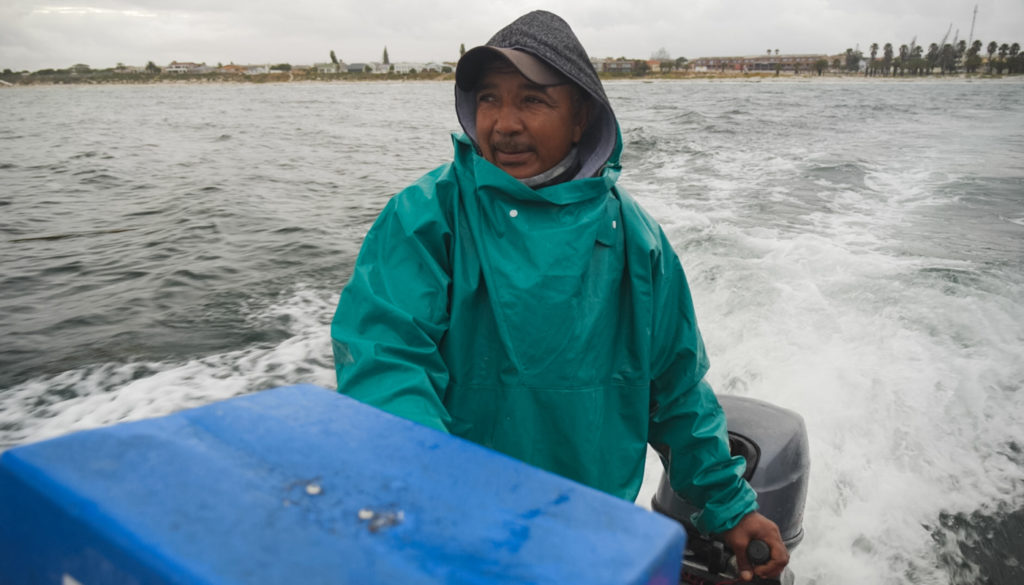 Abalobi means ‘fisher’ in isiXhosa. Buyer Manager, Daniel Smith talks The Insider SA through the origins and vision of the organisation:. “We want to empower and engage with small-scale fishers. It was very clear that fishers have many challenges. The current supply chain has excluded these fishers in many ways. Negative market forces including poor prices for the fisher encourages overfishing and often comes at the expense of fishers adding value and benefitting from their catch.”. In recognition of these challenges, ABALOBI included fishers in the design and thinking process when creating the apps so that they could take ownership of their own system and truly benefit.

Fishers  are paving a new way of doing things, where before the recording of catch details, income and expenses was fairly limited,  Now fishers have a digital logbook where they can better plan their fishing operations, track and prove their income and expenses.

Fishers are adding value by ensuring quality  their fish is kept on ice from out at sea all the way to the buyer.  At the landing site, the fish get temperature-probed, cleaned, scaled, and prepped for restaurants in Cape Town, the Winelandsas well as Johannesburg. Through their response to COVID-19 ABALOBI enabled individuals to order #fishwithastory from the comfort of your own home.

Once landed and recorded the fish  enters a digital marketplace which is accompanied by a full traceability system.. A Push Notification is sent out alerting buyers to the ‘Catch of the Day’, a useful WhatsApp group is also available to buyers wanting more detail on catches. This gives the consumer a window into the lives of small-scale fishers and an offering of fresh, seasonal fish and pantry items. By ordering via the ABALOBI Marketplace buyers have piece of mind that fishers were paid a fair price for their catch.

The app has connected buyers to small-scale fishers in 9 different communities, includingLambert’s Bay: a traditional fishing community along the West Coast.

Former fisher and co-founder of ABALOBI, Nico Waldeck shares, “Our grandfathers were fishers, our fathers were fishers. That’s all that we know”. Nico shares the difficulties small-scale fishers have with the Department of Environment, Forestry and Fishing (DEFF) in securing  fishing rights and permits.

Now, with the app, fishers have proof of them working out at sea and practicing responsible fishing. Nico adds, “It’s the first time in my whole fishing life that I’ve learnt that fishers can actually be the price-setters.  Fishers have a say in what they’re doing. They can now  go to sea with pride and know that they will get a fair price for their fish”. 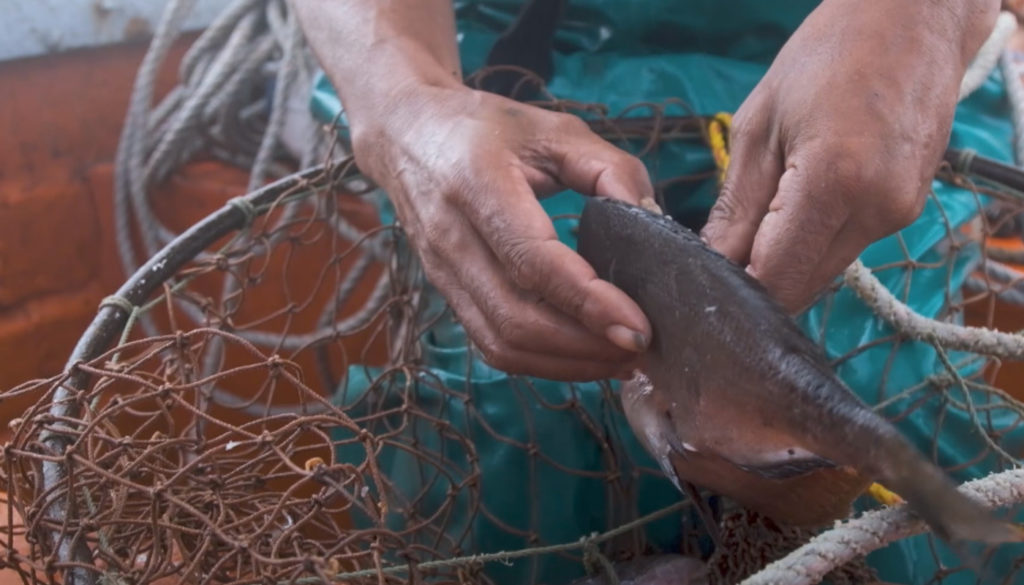 ABALOBI has connected 9 small-scale fishing communities with more than 1,500 beneficiaries who have received over R6,5 million. The ABALOBI program has been a game changer for fishing legends like Wilfred ‘Poggie’ Poggenpoel, whose family has been fishing for the last three generations.

Since using the app and engaging in the broader ABALOBI program, Poggie and many other fishers have been able to earn up to three times the amount they used to earn. For Poggie, he prides himself on achieving the milestone of buying a new boat to further expand his career in fishing.

“My living standards have improved and now I can even provide for the ladies who clean the fish – that’s three to four households that can now put food on their tables” explains Poggie. “I can say that the future for us fishermen looks good”. 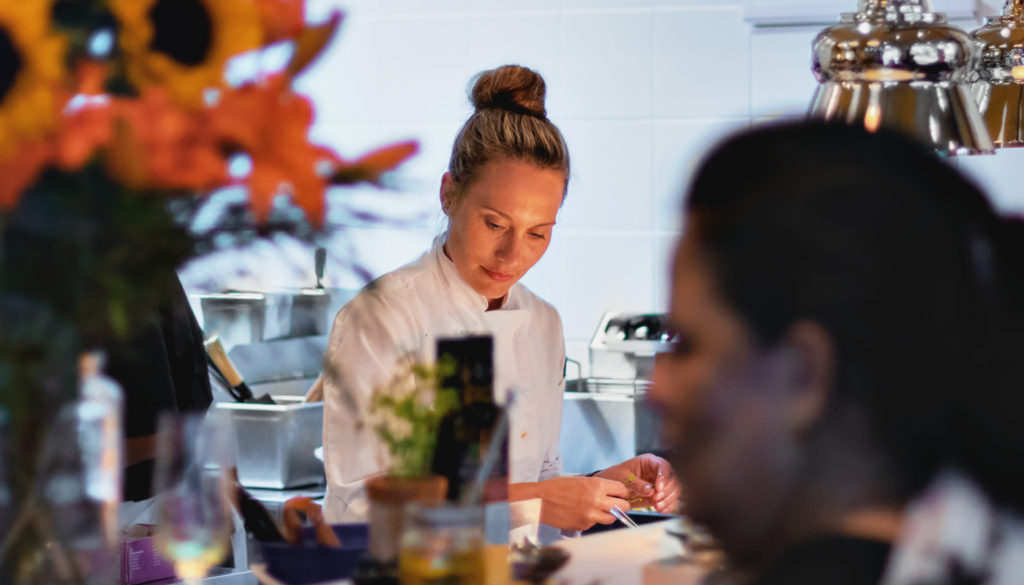 Fish on the ABALOBI Marketplace is fresh, ethically-sourced and fully traceable and has caught the attention of top chefs and restaurateurs alike.

Chef Judi has been in the restaurant industry for the past 15 years. For Judi, it is imperative that the ingredients she uses are seasonal and responsibly sourced. Inspired by her time in Zanzibar and Mozambique where she could get fresh fish straight off the beach and directly from fishers, it was an obvious choice for Judi to use ABALOBI when she pursued her lifelong dream of opening up her own restaurant.

Pilcrow & Cleaver is a transformative restaurant that changes its menu every week to prioritise local, sustainable, and in-season products.

When ABALOBI delivers their fish, they provide a QR code for the guests of the restaurant to scan and see where the fish comes from, who caught it and where it was caught. Judi explains, “It puts a person behind the fish they are eating and they can know they’ve supported someone’s livelihood”. After their meal, guests can even send messages to the fishers thanking them for their catch – something that never fails to make Poggie’s heart happy.

New technology is empowering an ancient trade and provides a better way of life to many who rely on the bounty of the sea. Small-scale fishers now have a tool to ensure their legitimacy and recognition, and a platform to engage in the conversation around sustainability.