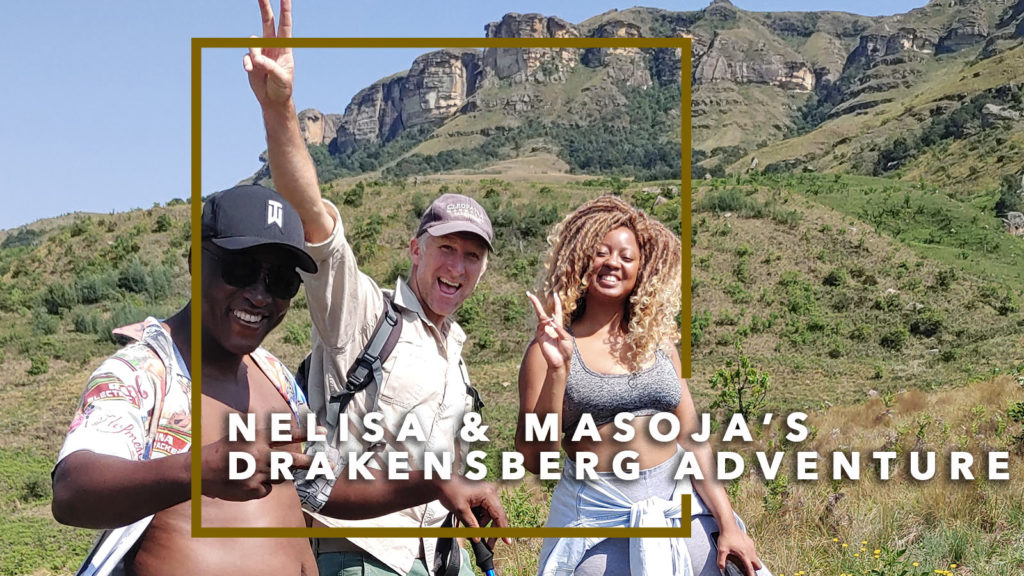 'UZALO' STARS IN HEART OF THE DRAKENSBERG AT CLEOPATRA MOUNTAIN FARMHOUSE

Enjoy a festive season break away with Uzalo stars, Nelisa Mchunu and Masoja Msiza as they relax and reflect at Cleopatra Mountain Farmhouse and explore the natural wonders of the Drakensberg. 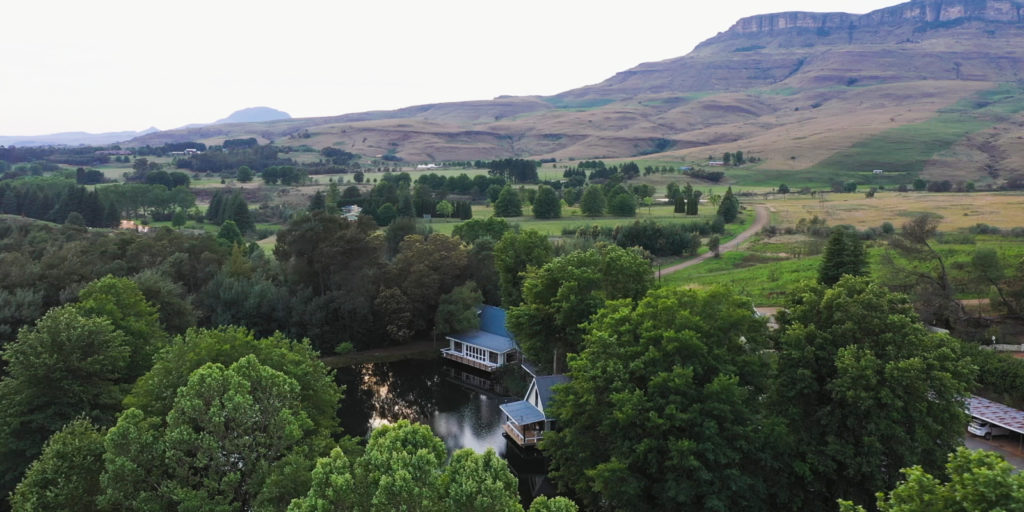 In between filming for the award-winning, hit SABC1 show, Uzalo stars Nelisa Mchunu and Masoja Msiza take a festive season break at a luxury lodge in the heart of the Drakensberg Mountains. It’s here, at Cleopatra Mountain Farmhouse, where our favourite main characters find time to rejuvenate and explore the natural beauty of the Drakensberg.

As some of the originators of the Country House movements in the 1980s, Richard and Mouse Poynton converted their family holiday home to a gourmet getaway for guests to experience peaceful solitude amidst the mountains.

Richard Poynton explains the history of Cleopatra saying, “It goes back a long way to 1936 when my grandfather, Fred Poynton was living in Zululand. To escape the heat of Zululand in the summer months, he looked for a place where he could be keep cool and flyfish.”

Fred Poynton came upon a tiny mountain cottage carved out of local stone where he could spend his summer days trout fishing on the nearby dam. Since 1998, that tiny cottage has extended to be Cleopatra Mountain Farmhouse.

At Cleopatra, there’s something for everybody. For those looking to take things slow, you can lounge on the deck with a gin and tonic or treat yourself at the Copper Pot Spa. For the more adventurous types, you can experience guided hikes up into the mountains or canoe along the dam.

Looking forward to all that Cleopatra has to offer is Nelisa Mchunu who plays Fikile in Uzalo, an ambitious gold-digger who is all about the hustle. Joining her is co-star Masoja Msiza who plays the gangster and villain, Nkunzi. We get to know the actors behind the characters a bit better as they take some much needed R&R at the Farmhouse.

Nelisa shares that her journey never began in acting, but rather in advertising. After things never went to plan and she had to return home in 2015, Nelisa auditioned for a role in Uzalo and surprisingly received a call-back in 2016. Over time, Nelisa’s character, Fikile, has gotten more and more screen time – a long awaited milestone for Nelisa as she reflects back at her career.

Alongside acting, Masoja Msiza is a poet, writer, musician and activist against gender based violence. It’s evident that Masoja could not be further from his devious character on screen. Masoja worked as a miner for a short while after leaving school, but his life path eventually lead him back to acting.

Masoja has appeared in several TV shows including Scandal!, Rhythm City and Jozi Streets. But when it came to Uzalo, Masoja immediately knew he found a gem. He shares, “When I found out Uzalo was on SABC1, I knew there’s quite a lot of potential. I love working with people with a dream; people with a vision”.

Today, Uzalo is South Africa’s most-viewed soapie. Known for its provocative, bold and authentic narrative, the show tells the story of two family dynasties and the two young men who carry their families hopes and legacies.

In the TV industry, Nelisa and Masoja are familiar with the 6 day weeks, 12 hour shifts, and 4am call times. So, a deep tissue massage from the onsite Copper Pot Spa therapists is a well-deserved treat.

To get some fresh air, Nelisa and Masoja also join expert guide, Mark McKenzie, as he walks them through the 500 acres of rolling hills at Highmoor Nature Reserve – an area that’s recently been declared a world heritage site because of its inherent beauty. 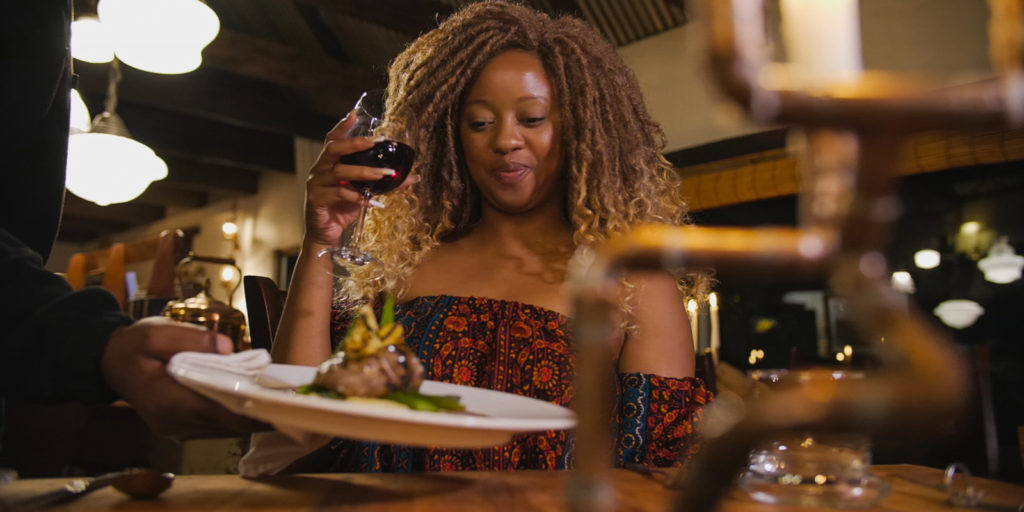 Dinner is a sumptuous seven course affair. Richard Poynton is also an internationally trained chef, who talks guests through his creations before you sit down to enjoy them. He sources the highest quality ingredients for his country style cooking, and fresh herbs and veggies are picked from the farm right before serving. Afterwards, Nelisa and Masoja end their night with after-dinner cocktails on the dam – the perfect way to unwind after a long day’s adventures.

The festive season is a welcomed treat for these two much-loved stars. Although demanding, it’s hugely rewarding to bring entertainment and joy to so many millions of South Africans and we applaud them for it.