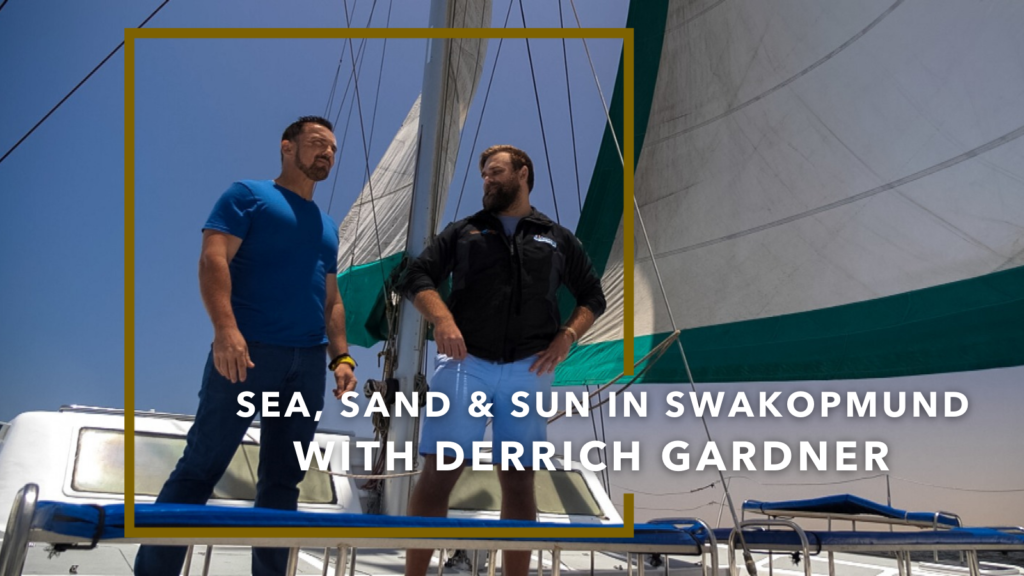 Join RSG radio personality, Derrich Gardner on an adventure through the historical coastal town and surrounding desert of Swakopmund, Namibia.

Journey to a place where the ocean meets the desert; where sand dunes tower over the crashing waves of the Atlantic. The town of Swakopmund is positioned as one of Namibia’s most loved destinations. To experience the beauty and hospitality this area has to offer, The Insider SA joins RSG radio personality Derrich Gardner on an adventure through this historical town. 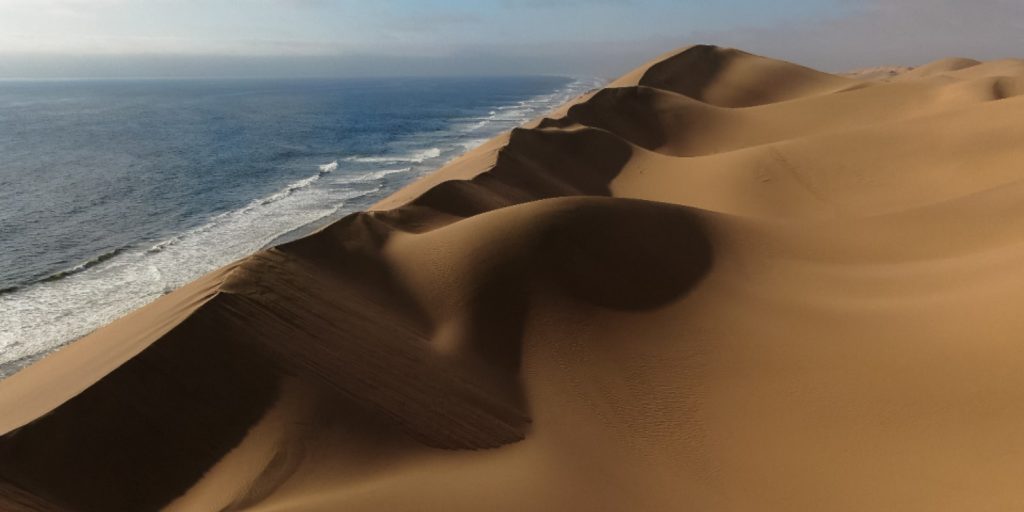 Despite Swakopmund being nestled amongst the dunes, the town is surprisingly refreshing. With its strong German influences, the town is known as the food hub of Namibia, has a thriving craft beer culture, and an abundance of activities for a holiday not too far from home.

The best way to explore the coast is to take an early morning catamaran from the harbour in nearby Walvis Bay. Sheltered from the harsh Atlantic currents, the bay is home to an abundance of bird and sea life, and offers visitors a chance to see them up close and personal.

With the help of guide, Andries Brümmer, Derrich gets friendly with some pelicans and entices them to stay with a tasty, fishy snack. Andries also points out the abundance of the Cape Cormorant bird which is often seen in the thousands along the Namibian coast. Venturing out of the bay, Derrich passes Pelican Point: a long, sandy peninsula that is home to a colony of thousands of Cape Fur Seals.

The cold, plankton-rich waters also creates the perfect conditions to cultivate one of Namibia’s biggest and most famous exports: West Coast oysters!

Andries explains, “Our big advantage is that our water is always cold, meaning we have a male oyster throughout the year. Oyster gender can be changed due to temperature and you mainly want the male because they grow much faster than the female. The male is more juicy, more meaty, and the plankton-rich water gives it a beautiful taste.”

After a long, eventful morning out on the catamaran, Derrich heads to the Strand Hotel for a well-deserved lunch. With three unique restaurants in-house, the hotel offers visitors a range of options. From the classic steakhouse and brewery experience, to contemporary seafood in a relaxed setting at the Ocean Cellar restaurant.

General Manager of Strand Hotel, Jaco Welgemoed shares, “Our hotel is arguably the best location in Swakopmund. It’s on the promenade, on the main beach, and each one of our restaurants has an outside terrace where you can sit and have a glass of bubbly with some oysters.”

For some more adventure, Derrich heads out to explore the dunes. There’s no better way to experience the dessert than on top of a quad bike. This thrilling activity allows visitors to experience the vastness of the desert while still getting the adrenaline pumping.

The 40km stretch of land between Swakopmund and Walvis Bay is covered in sand dunes rising up from the oceans – some of which tower almost 100m above the sea. This ever changing landscape is sculpted by the winds that shift and transform the dunes over time, eliminating any trace of human interaction left behind.

Atop his quadbike, Derrich shares his experience, saying, “The energy you feel is incredible because you go on an adrenaline high. At first you feel very uncertain because you don’t trust the sand or the vehicle. But, when you’re in complete control and the bike vibrates under you and through the sand and the dunes, it’s such a good feeling.”

As the sun dips behind the ocean, Derrich wraps up his adventures in Namibia. He knows it’s been time well spent when he feels the urge to never return home.