Shimza takes his township beats from Thembisa to Ibiza. His ventures into entrepreneurship and philanthropy keeps his community in the centre and his home in his heart.

Shimza has been making waves in the Afrotech scene. But as one of South Africa’s brightest stars, his creative genius extends far beyond his music. Shimza has dedicated his career to serving his community as an entrepreneur and philanthropist, using his music to unite people for the greater good. 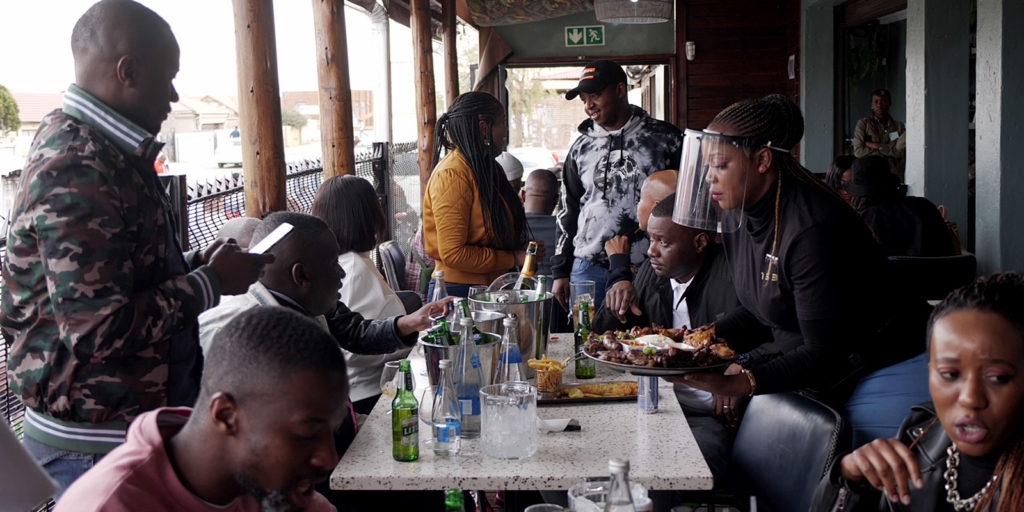 Born “Ashley Raphala”, Shimza got his DJ name from a nickname his grandfather called him: “Shimi”. The name caught one and he added a “-za” to give it an extra flare. While everyone now knows him as Shimza, he’s also known as the “Effect Master” and “Vinyl Assassin” by his adoring fans because his music known for its infectious creativity.

As a young boy in his hometown of Thembisa, Shimza knew his love of music was unique and destined him for a lifelong career of rhythm and beats. “I started very small”, Shimza explains. As a teenager, his first paid gig was right in his township and only paid him a couple hundred rands. Now, Shimza is transporting his sounds of South Africa, rocking stages from Paris to New York and Ibiza.

Despite his global name, Shimza’s heart will always be deeply anchored at home. He shares, “The love for DJing started from how people vibe in the hood. This is where I come from. This is where my foundation is”. And, no matter how great of a success he’s become, Shimza never stops moving. “Every time I think about how I can elevate to the next level. Till today, I still use that same strategy – it keeps me hungry”.

In 2013, Shimza was signed onto Soulistic Music – a record label based in Johannesburg and the home to artists such as Black Coffee and Culoe De Song. The release of his highly acclaimed album Shimuzic has Shimza well-established as one of South Africa’s greatest names.

But while his career catapults to stardom, Shimza never misses a beat to serve his community. Shimza’s restaurant, The Hang Awt has become the hottest place to be in Thembisa. “It’s a balance between a shisanyama in the hood and a very posh restaurant in town”, Shimza describes. The Hang Awt specialises in good food with an African twist to share with friends around some killer beats and a cold drink. 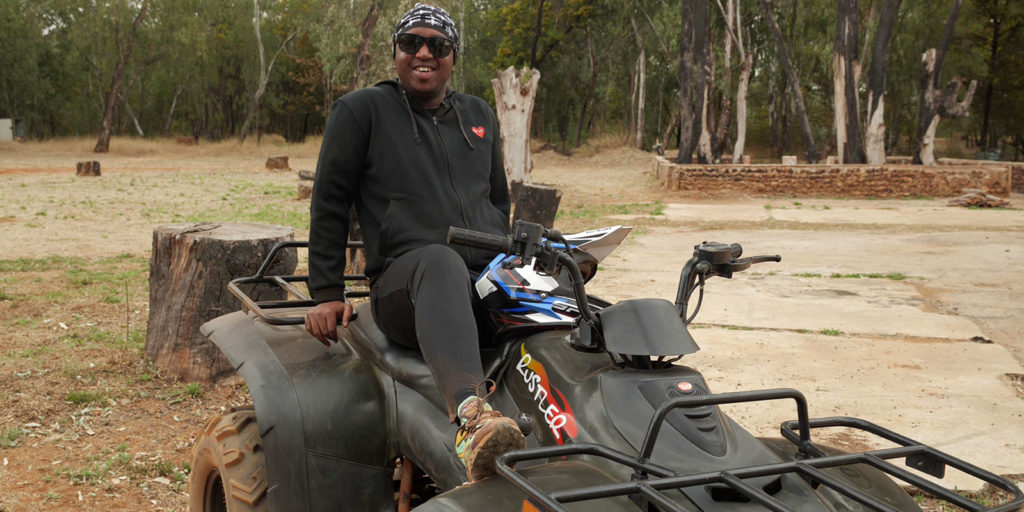 Instead of the community taking their money out of the township and into the big city for a night out on the town, Shimza is encouraging Thembisa to keep their money right where it is. Not only is Shimza building up the township economy, but he’s providing employment and empowerment to those who work there. “For me, it’s a blessing”, Shimza shares.

In the attitude of ambition and perseverance, Shimza kept busy during lockdown with his iconic One Man Shows – a project started in 2009 that aims to give back to causes close to his heart.

During lockdown, Shimza produced live streamed shows, like his pioneering, first-of-its-kind DJ Performance on Robben Island in an effort to uplift and educate. With the restrictions and difficulties a pandemic brought upon the tourism industry, Shimza found an innovative way to tell our nation’s stories. 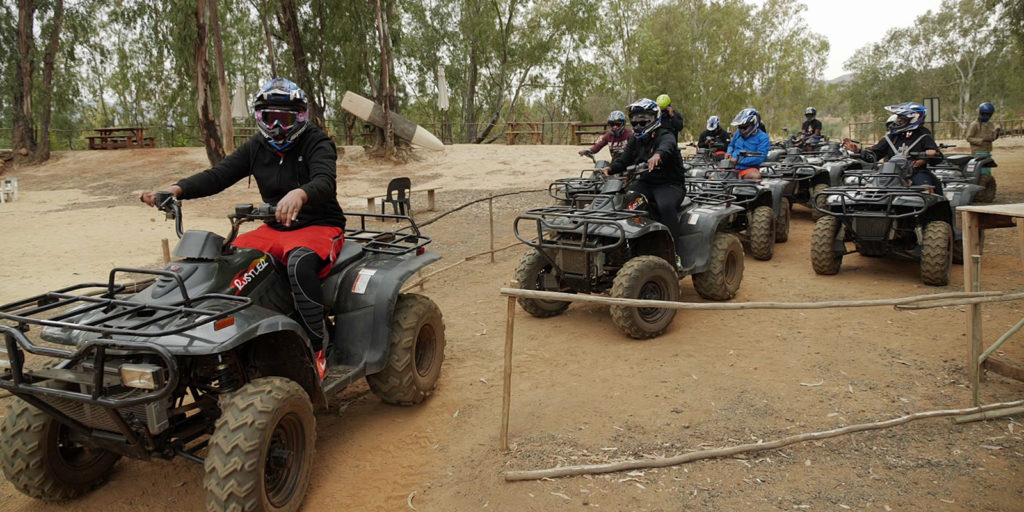 “For me, if I can achieve a change in one person’s life at a time, it’s something in the right direction”

“We want to educate the youth about our history in a way that interests them. Once we have them hooked with the music that they like and they follow, then we can tell them about the story of these iconic places. That way, our history will never die”, explains Shimza.

While he’s not creating music, giving back, or running his own business, Shimza makes time for his friends and family and loves to kickback while quadbiking.

Shimza reflects upon his journey thus far and shares, “For me, if I can achieve a change in one person’s life at a time, it’s something in the right direction”.

CONNECT WITH THE HANG AWT