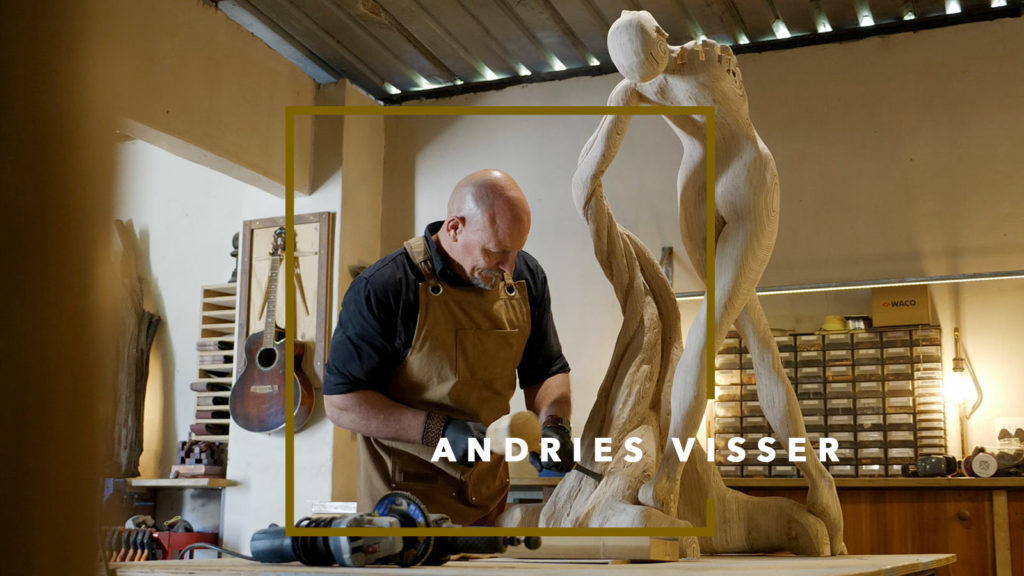 Sculptor, Andries Visser invites The Insider SA into his studio to show us the process behind transforming wood into art. We get to know his family and his inspirational story of discovering purpose through following his passion.

Namibian-born Andries Visser is a renowned sculptor, known for his ability to turn wood into sustainable and beautiful works of art that, despite the solid structure, have a sense of motion and fluidity. 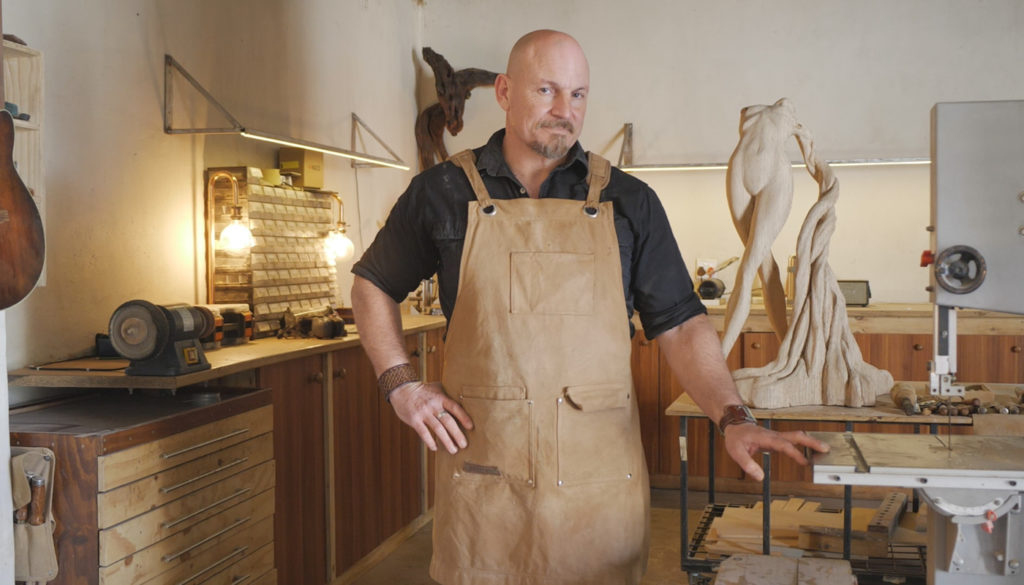 Andries’ story never started in an art school. While creativity was prevalent and valued in his family growing up, it was never considered as a viable career option. Instead, Andries studied law and subsequently pursued a successful corporate career for over 20 years.

It wasn’t until a near-death experience that Andries really started to re-evaluate his life, priorities and purpose. Andries shares, “I got sent to Bloemfontein for two years to manage the central South African provinces for the Multi-National Company I worked for. This was not ideal because for various practical reasons I couldn’t take the family with. It all became incredibly taxing”.

Andries found an irony in how, the higher you climb the corporate ladder, the more they ask of you and the further away it takes you from the things that truly matter: your family. “The watershed moment happened in Bloemfontein. I was in a motorcycle accident. It was a very serious one and I was in the hospital for a total of three months”. This time spent bedridden allowed Andries to really reconsider his direction, priorities and passions in life.

Shortly after, and because he was searching, his eyes were opened to his true purpose in life: wood sculpting.

Andries shares his start-up story explaining, “The sculpting thing actually came by chance”. Having received from his parents a large weathered glass sphere, an actual 1930s Chinese fishing net float that washed up on the Namibian coast, Andries envisioned the destructive ball cupped in a large wooden hand. He simply thought to himself, “Well, I’ve got nothing to lose, I’m just going to attempt to sculpt a hand myself”. This moment kickstarted Andries’ incredible self-made art journey.

With no art education or previous experience in wood sculpting, the craft came surprisingly naturally to Andries who felt like he could immediately understand how to work the wood.

Since he could never find a piece of wood big enough for his sculptures, Andries began constructing his own medium. Because of his passion for the environment and his desire to leave a sustainable environmental legacy, Andries only uses engineered wood from sustainable sources or reclaimed wood for his sculptures. He takes wood sheets and then laminates them together to form a rough shape from which to begin his work.

Andries’ studio is his “home away from home”. There you’ll find him every day hard at work chiselling, grinding, and refining his latest projects. Wood sculpting requires courage and care with many of the tools used being aggressive and dangerous. But most unforgiving of them all is the wood itself. Andries believes wood is a cruel mistress, saying it does not suffer fools or mistakes lightly.” Once you make a mistake in my specific medium, you can’t go back, you can’t erase or add material you have to change the shape to incorporate the mistake, and if the grinder bit too deep or the mistake is in a delicate place, sometimes there is no choice but to start over”

Out of all his creations, Andries’ first unfinished sculpture of a woman will always be cherished because of what it taught him. “She stands here as a reminder to be careful from the start, but she also stands here to remind me that sometimes it is a blessing to be forced to just start over. It is never a tragedy, it’s always an opportunity. I started her over and the second attempt was far superior as it gave me an opportunity to do some other things better as well. Often, I think of a detrimental mistake or accident, traumatic as it might be, as Divine Intervention. Is my life not an example of this? God used a horrible accident to make me start over, and the result so much better than the one I originally designed myself”. 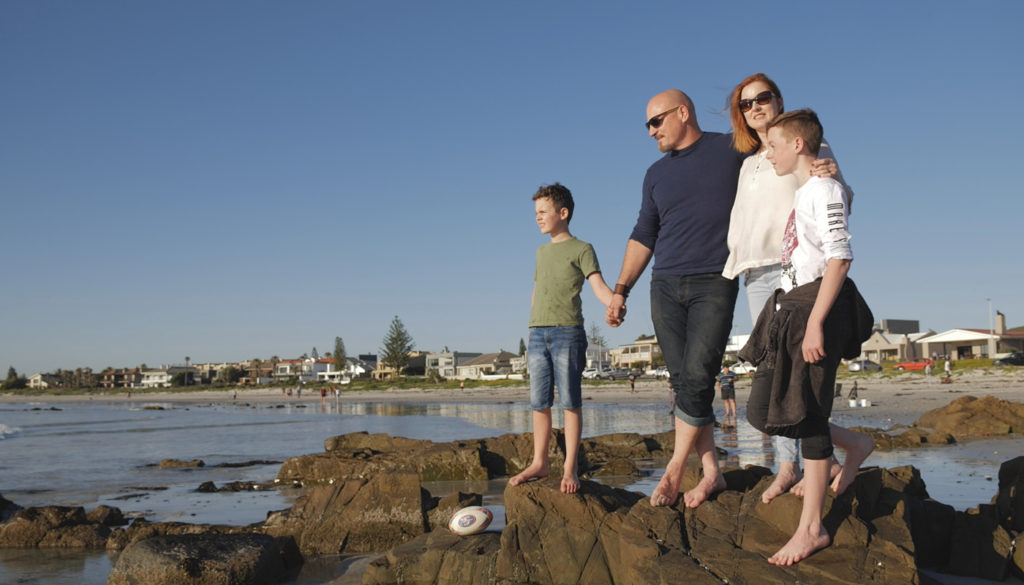 These incredible life lessons are a part the legacy Andries would like to leave behind for his two boys, Kian and Ahron. “What is important for me to pass onto my sons is to adamantly search for your purpose, that’s where you will find fulfilment, and also that there is a possibility of creating a livelihood by just being creative if you so choose.

But beyond that, it’s to just be creative, even if you are not considered talented, and to spend time creating and letting your imagination flow. There are absolute wonders to be discovered in the recesses of your creative mind but you will never encounter them if you don’t occasionally dwell there”.

For a chance to see Andries’ work for yourself, find his solo exhibition starting 26th November at the Art@Clocktower Gallery at the V&A Waterfront. You can also visit the Zeitz Museum of Contemporary Art Africa in Cape Town where he’ll be exhibiting a piece at the Home is Where the Art Is Exhibition which started the 22nd of October.