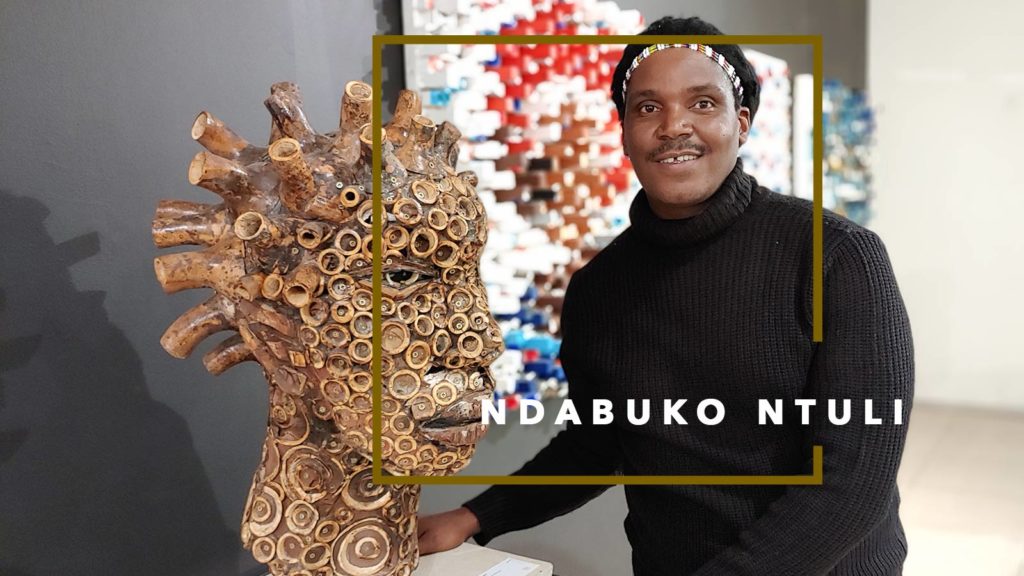 Ndabuko Ntuli is a practising sangoma, playwright, poet, artist and musician who continues to reach new heights through the clever use of mediums and materials.

Ndabuko Ntuli, an artist hailing from Kwa-Zulu Natal and today based in Alexandra, is a formidable name in artistic circles; having turned his hand both to intricate sculpture work with unorthodox materials and creating his own music, Ndabuko is well-recognised as an artistic talent.

Ndabuko’s artistic style is utterly unique; by selecting offcut and discarded materials, this veteran artist is able to bring to life modern works of art that embrace tradition, while playing with perspective – sometimes in three dimensions. Depth, colour, contrast, and clever choices of material define Ndabuko’s works; where one’s position and choice of view can easily redefine a subject matter. 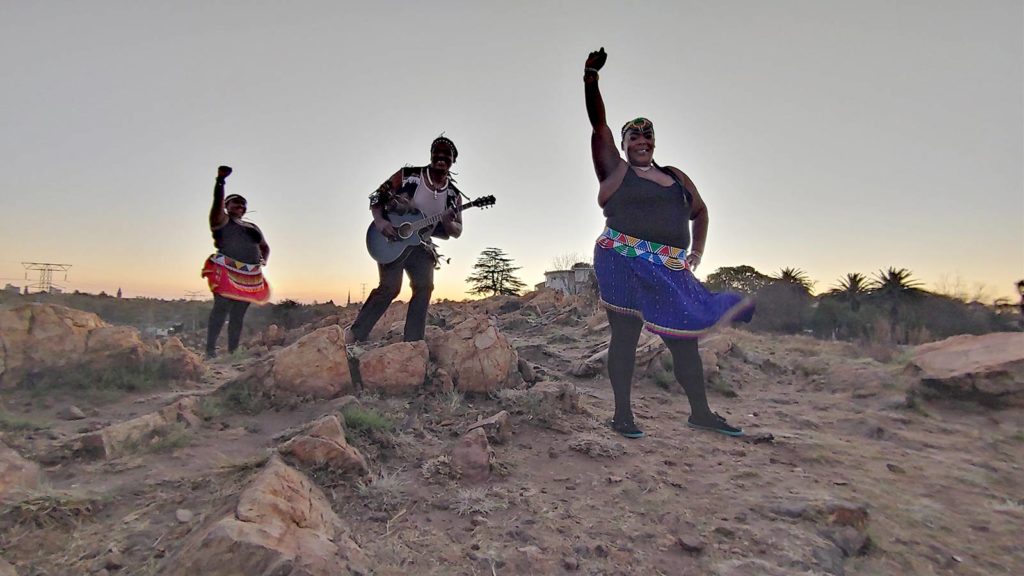 Speaking on his artistic journey, Ndabuko is clear on both his past and his future.“Art is my first love, and I’m using trash – garbage – I recycled and create more of my works. My grandfather was an artist, a long time ago, and he was a sculptor – he used to work with stones and some other different materials; that’s how I learned to be an artist”.

When asked about his inspiration, Ndabuko is adamant to re-use discarded materials – in his own words, trash – to bring new life to objects and items that might otherwise never find use again. Dominant in his artworks are unconventional materials such as wood offcuts or plastic bottle tops, which Ndabuko cleverly combines with cunning colour choices.

Ndabuko’s work has featured prominently in the Melrose Gallery, where past featured works have been constructed out of plastic, tin, bone, wood and other discarded materials.

“Ndabuko’s work is very unique in itself, because what he does is he challenges painting, and what painting is, because a lot of the time people find art to be inaccessible because of how expensive it actually is to produce art, and he says – no, you can actually make art from everyday materials.”, says Ruzy Ruskike, Curator at the Melrose Gallery.

“What he’s doing here is for community, and I think that’s visionary in itself”, continues Ruzy.

Ndabuko’s artistic expression isn’t limited to sculpting, however. Ndabuko is also a musical artist with six albums behind his name. For Ndabuko, music also has its roots in family.

Ndabuko is also a practising sangoma, and has performed as both a poet, director, and playwright – highlighting his artistic vision and talent. Ndabuko’s past exhibitions have not only included his material work, but further have seen him performing new songs and poems that he has created especially for his work.