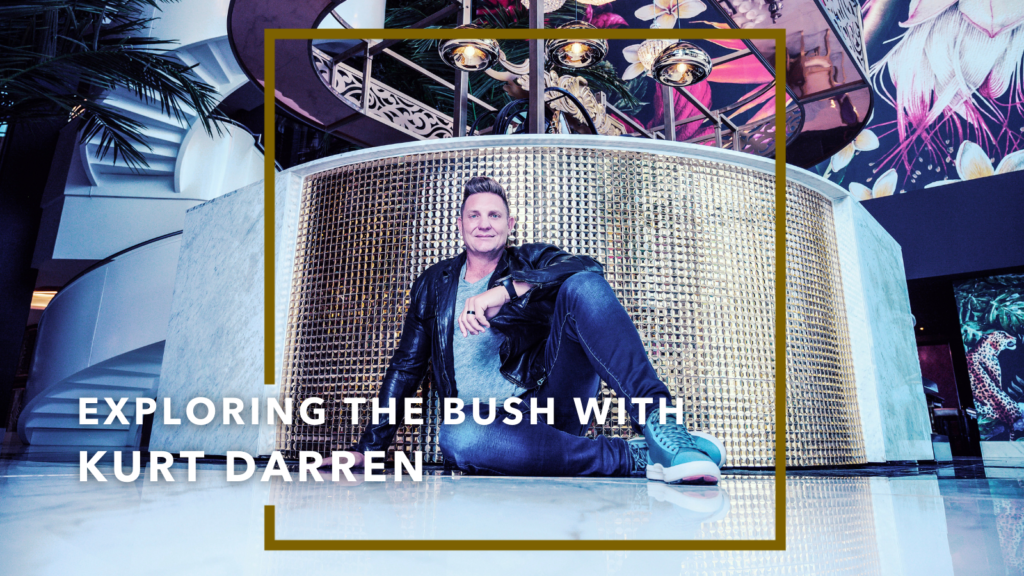 One of our country’s most beloved Afrikaans pop stars Kurt Darren, took some time to reflect on life together with his wife Dunay and their children, as well as friend, business partner and fellow musician Tony Campbell and his family at Abelana Game Reserve near Phalaborwa. 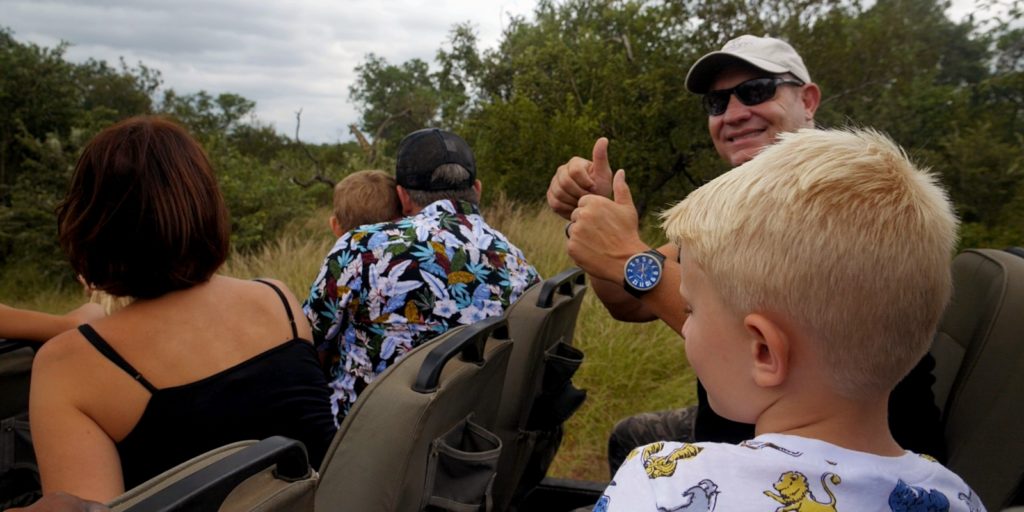 Abelana boasts a 15 000 hectare piece of land that is a community based project together with the Mashishimale community. “Abelana” means “to share amongst each other” in the local Northern Sotho language and this spirit of sharing underpins the relationship between the Mashishimale and its lodge operations partner which leases the land for eco-tourism purposes.

“Because of the lodge’s beautiful location and accessibility to the Selati River, everything is centred around the water. From the bar, which has a beautiful wall mural inspired by water, the natural tones in the lodge, to every effort being made to have a minimal footprint on the nature surrounding the lodge,” shares Ian Beauchamp, CEO of Abelana Game Reserve.

As Kurt Darren and his family love the bush, this was the perfect getaway to spend some quality time together. “We don’t like going away without our kids, who are four and six years old, because we like sharing these experiences with them. Abelana has given us that opportunity in a safe environment.” explains Kurt.

Abelana is home to a rich diversity of fauna and flora, from the hippos and crocodiles that make the Selati River their home and the famed Big Five – elephant, rhino, leopard, lion and buffalo – as well as cheetah and wild dog, which are occasional visitors, to an impressive number of endemic bird species including the African fish eagle, peregrine falcon, Arnot’s chat, thick-billed cuckoo, bat hawk and elusive Pel’s fishing owl.

Kurt was excited to experience a bush walk, which guide Victor Breytenbach explained, had  three strict rules that needed to be adhered to.

“The most important thing about a bush walk is to stay behind the riffle at all times, to walk in a single file quietly behind one another, and the most important one of all is to not run away from anything. The minute you run away from an animal you are encouraging their instinct to take over and risk making the situation a lot worse than it can be.”

After venturing out on a game walk, Kurt and family decided to go and fish on the river along with Tony and Michelle Campbell. 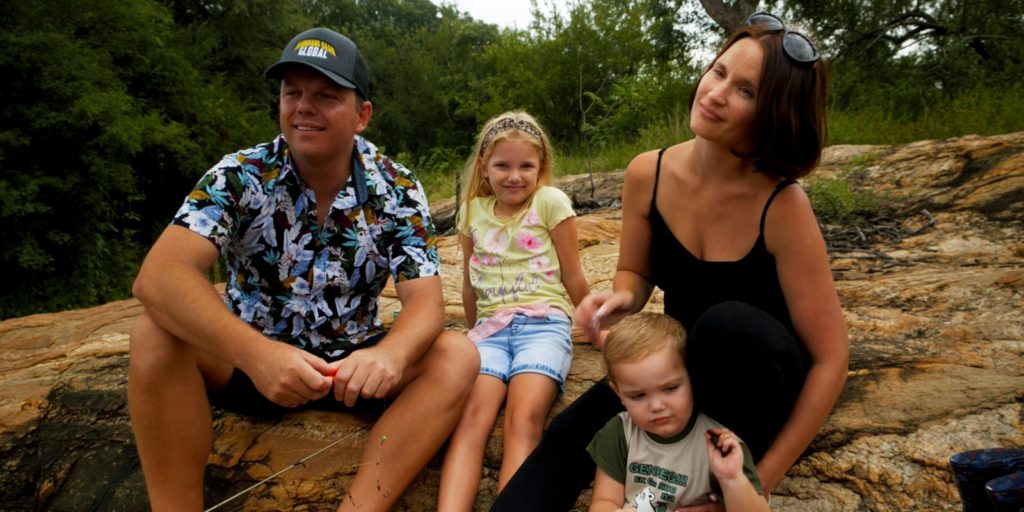 In addition to being life long friends, Tony and Kurt are business partners in an events company that has hosted countless cruises and super sokkie events.

“Kurt is one of the most creative people that I know. Not just from a songwriting or musical point of view, but from a business standpoint too. He’s a person that likes to share opportunities and I’ve learnt a lot from him”, shares Tony.

“Being a father and a businessman is quite a juggle. I know people the world over do it but we are obviously away quite a lot so quality time like this is valuable. It’s not as important where you are, it can even be at home building a puzzle, it’s just important to find that balance and try and make it work,” says the musician.

“We really make a great team, adds Dunay. “Like in the morning, I’ll get the kids ready for school and he [Kurt] does the school run before he goes to the gym. We love doing this type of stuff together, from fishing together, swimming together and playing golf together, Kurt gets us to do different things as a family and that’s always fun.”

After taking time out to fish and take in the beauty of the river, it was time to experience the bush from the comfort of a game drive.

Kurt and Dunay are inseparable and the story of how they met, is something out of a movie.

“How we met is cheesy”, says Kurt before sharing “I cast five models for my music video and of course Dunay was the one that stood out and I just knew I was going to marry this beautiful woman one day. Funny enough, when they initially phoned and asked Dunay if she wanted to be in Kurt Darren’s music video, she was like – ‘Kurt who?’.”

After the music video, I managed to get her number to ask her on a date and now almost 17 years later, the rest is history.

Kurt and Dunay have plenty in common, including and appreciation for the simpler things in life; Sometimes stripping away modern conveniences and enjoying life with less can remind us of who we are.

“If you’re talking about love for nature, my wife and I share that love equally, but  Dunay has been doing this all her life,” reveals Kurt.

“I literally still have photos of myself as a baby in a stroller in the Kurger National Park,” shares Dunay. “I haven’t missed one single year coming to the Kruger Park or greater Kruger Park area… We actually even got engaged in the bush.” 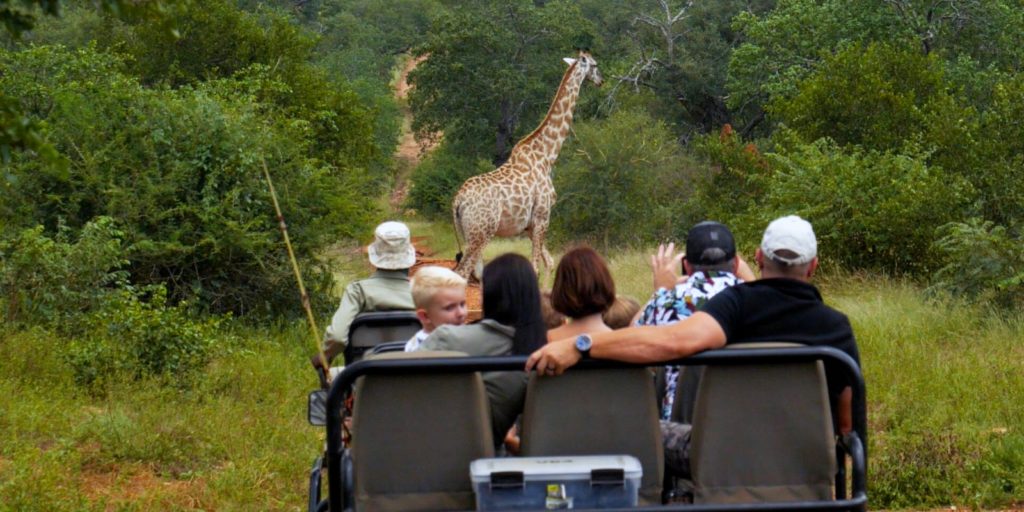 Asked about future plans, Kurt shares “Dunay and I would love to open a restaurant with amazing dinners that can be shared with amazing people. For now though, I’ve just started a new label called Kurt Darren Records with Sony Music. Simply put, I like seeing people flourish and I’d like to be apart of people’s success,” he says.

Kurt and Tony wrapped up the evening on a beautiful note by performing ‘Die Goeie Ou Dae’ around the fire, a song they wrote together about the things they missed during lockdown, like sitting next to a fire with friends, having a steak and enjoying braaied marshmallows.

What does ‘living better’ mean to you? / How are you aspiring to live better?

“I live better by always considering others around me, be kind.”

“I have always given 100% in any aspect of my life, whether it be family or work.”

“I have traveled all over the world, our country is still the most beautiful. Braai with friends and listen to music as much as you can!”

“My family and I are in love with the bushveld.”

Do you have an encouraging quote to end off on?