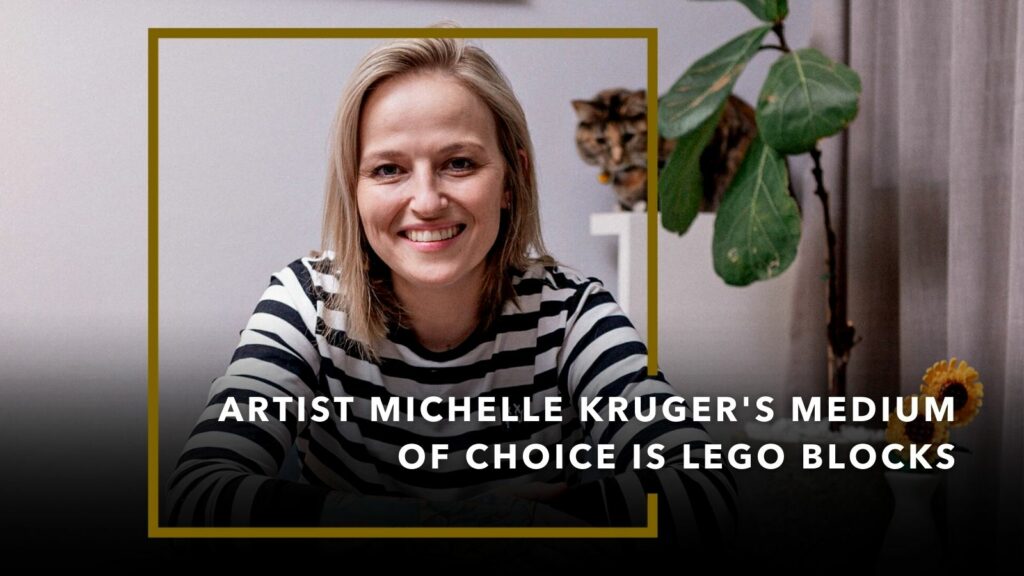 Artist Michelle Krüger reimagines popular works as one of a kind Lego masterpieces.

Michelle Krüger’s childhood imagination was lit by her grandmother’s vast knowledge of the world, her appetite for drawing and her love of storytelling. She inherited that appetite and today, expresses it in a uniquely creative way – with Lego Portraits.

Hailing from Kroonstad, in the Free State, Michelle has fond memories of playing with Lego that was passed down to her as a child. She suspects it has something to do with her indulgence of it in her adult years. 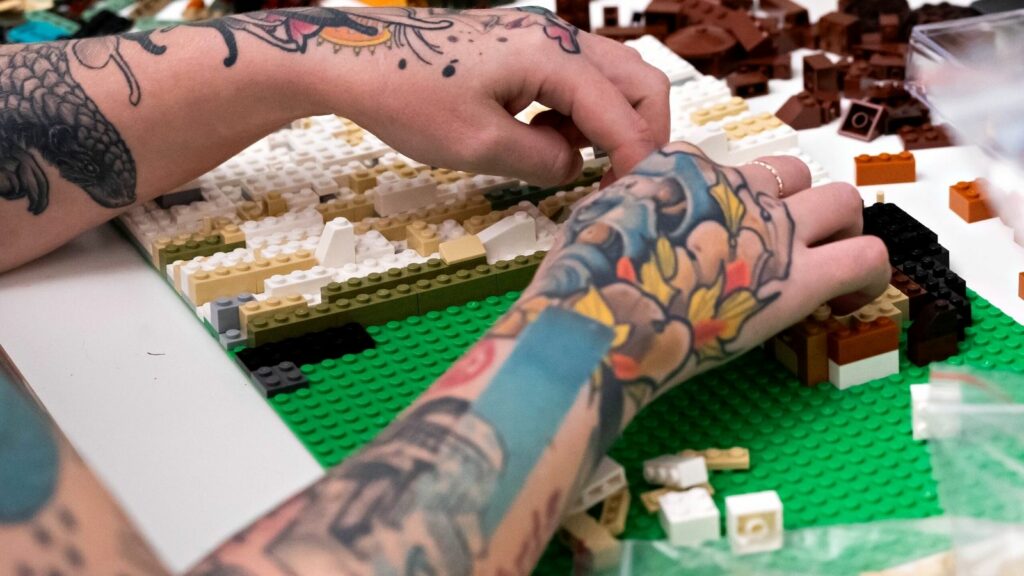 Michelle has always had a passion for creating. Upon matriculating, she moved to Pretoria to study performance art technology – where she learnt about woodwork, welding and stage design. Once she’d graduated, she struggled to find work which led her down a completely different path of working and studying toward being a civil engineer. She subsequently opted to take a leap of faith by stepping out to work full time on her art.

Her journey back to Lego was rediscovered after her partner gifted her a Lego Mustang building kit.

“From there, the obsession started, ” shares the artist.

Being a painter who likes building things, it wasn’t long before she asked herself “What if I try to build a portrait?”

She found herself a picture of David Bowie and started building a small remake of it. She  jokingly sent a photo of the finished portrait to a friend who said it was amazing and suggested she monetize it.

“After the David Bowie [portrait], I made a bigger version of a Vincent van Gogh, posted it on Instagram and it sold within two weeks. From there it was on fire,” shares the artist.

Michelle takes inspiration from popular existing artworks like those of Marilyn Monroe, Frida Kahlo and Vladimir Tretchikoff’s ‘Chinese Girl’ and puts her own unique spin by adding texture that introduces an entirely new depth to things.

And instead of falling to pieces when diagnosed with Multiple Sclerosis last year, Michelle has forged ahead and remarkably built a hit art career, one block at a time, to become an artist of independent means. Viva Michelle Krüger!