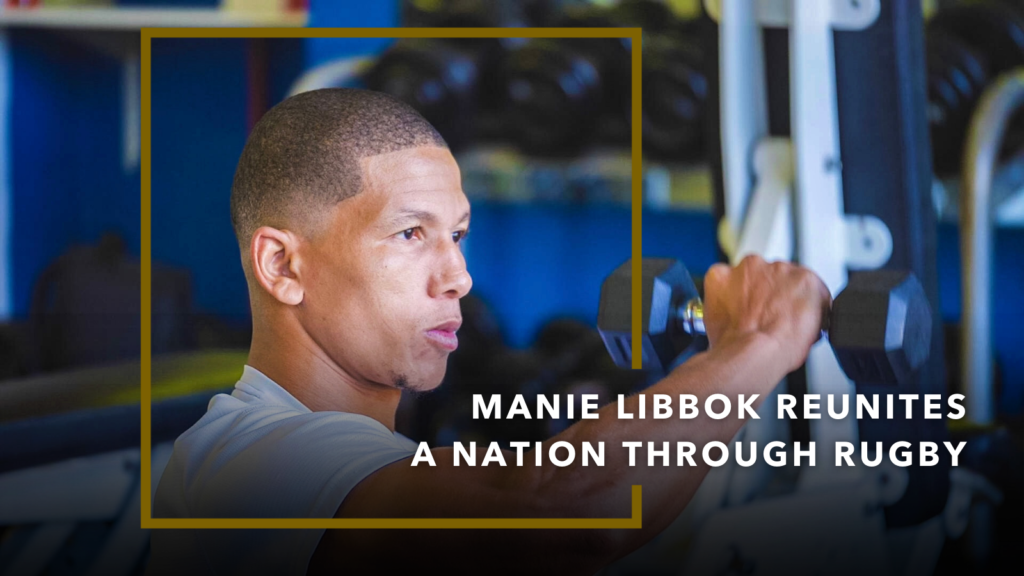 A calm hand at the wheel, the Stormers’ flyhalf has been part of a team who upended all expectations to win the first United Rugby Championship. Now enjoying a break with his girlfriend Verna-Lee Arries, while rehabbing his shoulder, he had his first free time in a while.

Growing up, Manie would spend his days playing rugby in the streets of Humansdorp. From a young age, he knew that he wanted to pursue a career in the sport that he loves, with his biggest goal being to play for the Springboks one day.

Throughout his school career, Manie played rugby and presented SA Schools in 2015. Shortly after high school, Manie moved to Pretoria to attend the Blue Bulls academy and in 2016, he was included in the South Africa Under-20 training squad.

Last year, Manie signed on with the DHL Stormers and made his debut in the opening Vodacom United Rugby Championship encounter with Benetton Treviso in Italy. The recent Stormers’ URC semi-final against Ulster was neck and neck, until Mr. Libbock slotted a drop-goal.

“Taking that drop ball in the final and helping the team was an amazing feeling and coming into the Stormers, [my] goal was to make an impact.”

The champ’s constant support in keeping his rugby and life in balance is Verna-Lee, and they go way back. We joined the high school sweethearts as they enjoyed a date Rollercade in Cape Town.

But with the perfect weather in the Mother City, the next adventure for the duo was a catamaran trip along the Atlantic Seaboard with Waterfront Charters.

In the cauldron of professional sport, this pro believes in “protecting his peace”, and what a better way to do it than on a sunset cruise.

Since former All Blacks and Bulls coach John Mitchell gave this flyhalf his chance, Verna-Lee has seen him fly but his goal to put that Springbok jersey on is still on his mind.

May that ship soon come in. Until then, with his Diploma in Coaching Science, Manie is looking to bring undiscovered talent into the fold.