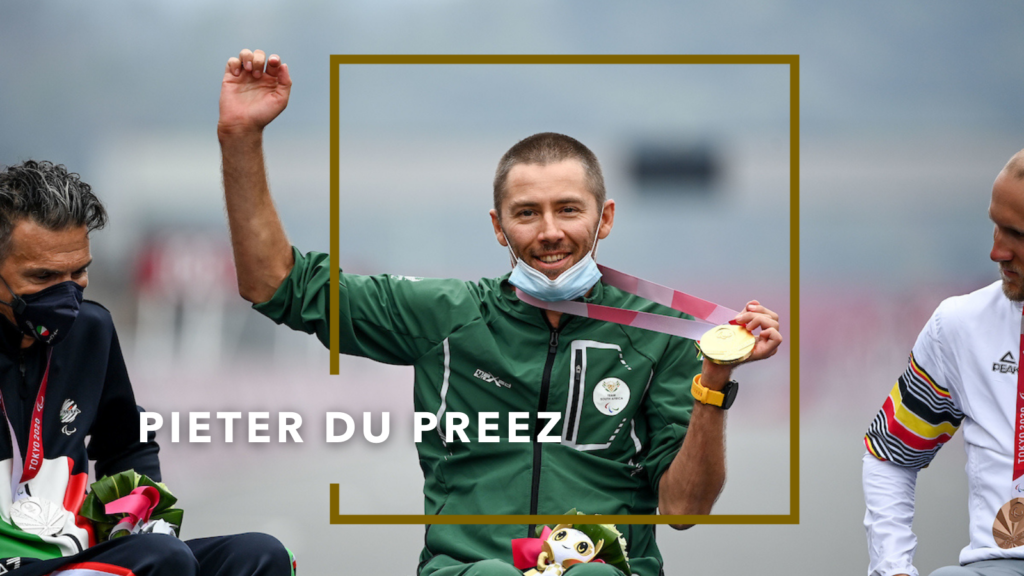 If at any time in 2022, you feel your new year resolve slipping, let the story of our awesome, gold medal winning Paralympian Pieter du Preez keep your eyes on the prize.

As New Year’s inspiration goes it’s hard to beat our latest Paralympic
champion’s path to gold. Pieter du Preez is the first quadriplegic athlete to complete an Ironman and in September 2021 won a hand cycling gold medal at the Tokyo Paralympics. A triumph he first dreamed of when he was barely older than his son is today. 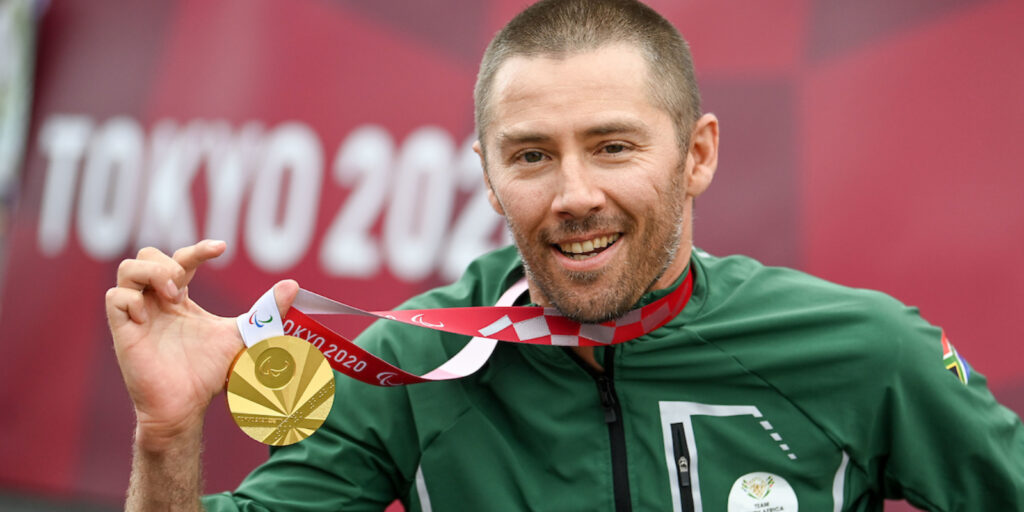 At age 23 Pieter was cycling to a chiropractic appointment when he was hit by a car. His injuries resulted in C6 quadriplegia.

He began in Para sports as soon as he had recovered from the injuries sustained in the accident. He had previously qualified as an able-bodied athlete for the South African team in cycling and triathlon.

But for all that Pieter had come through, life was not about to cut him any slack. En route to The Games he suffered a bad fall while fetching his son from pre-school.

“I completely dislocated my AC joint, snapped my coracoid process off my scapula and had a plate in there for six months. I couldn’t train properly.”
_*Piet, you’ve lit a flame to drive all of us this year.*_

What does ‘living better’ mean to you?

Living better means creating happiness and making an impact by living your life and changing the lives of those around you for the better with your actions. I’m aspiring to live better by being passionate in the work I do, in my sporting endeavours and in life in general. Hopefully through my actions and just living life I can make that impact that matters to others.

My legacy will hopefully be everything I answered in the questions above and below but more so I would hope that as a father, and with my wife as a mother, our legacy will be what shines through to our son as he lives and grows up. Hopefully we managed to engrave our values and passions to let him also go make an impact and change the world around him one person at a time. 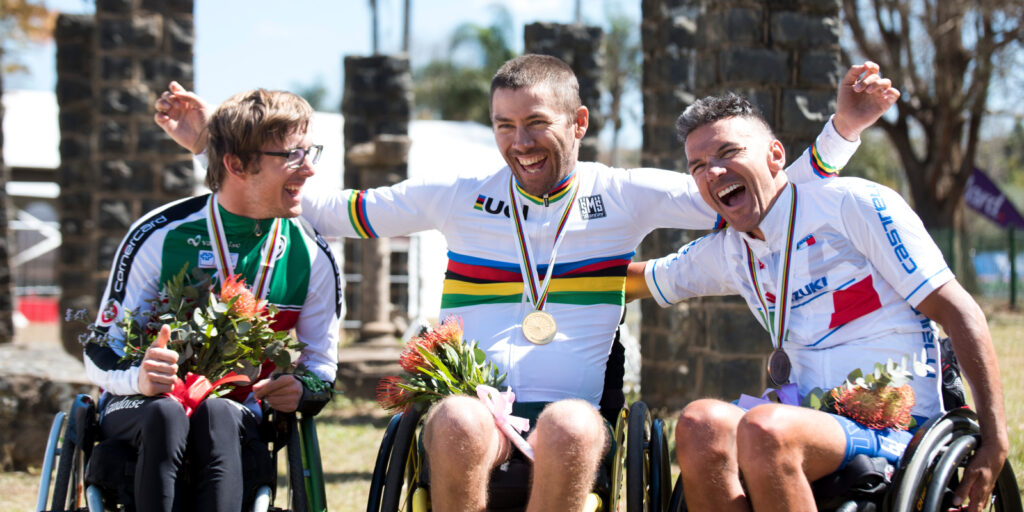 There is always someone looking up at you – it means it’s a responsibility and an opportunity to be an example and make a difference one person at a time.
Secondly to be kind to others – it’s amazing how the favour gets returned. This sounds very simple and it is so let’s just do it.

I pretty much escape and connect with myself and God whenever I am out training, especially on the long easy training sessions. These will happen anywhere between a pool and the roads I run my racing chair and hand-cycle out there. 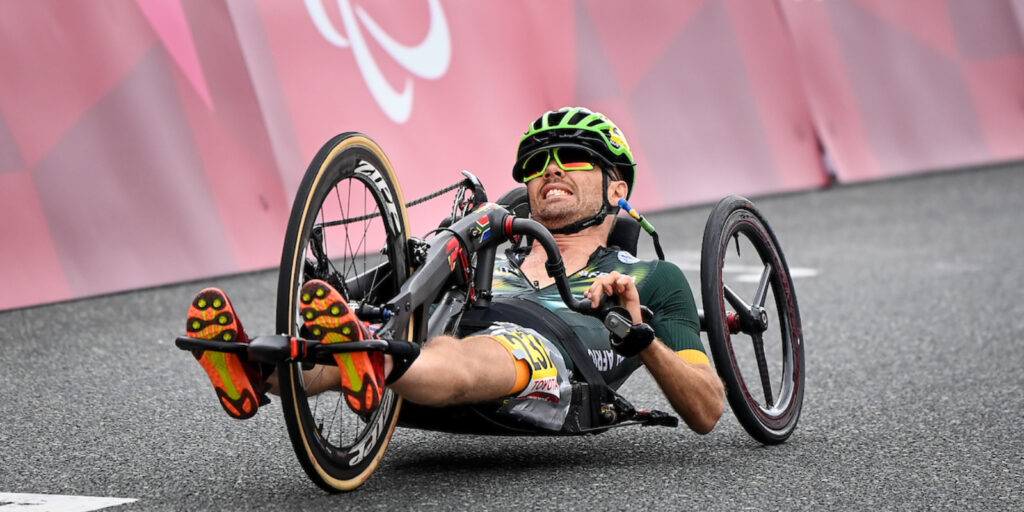 Do you have an encouraging quote for us, to end off on?

When a bad thing happens it’s an opportunity to be great but it starts within yourself. You don’t need to be a superhero to inspire. You can be a normal person with a smile.

And remember God created our lives so Just LIVE it! 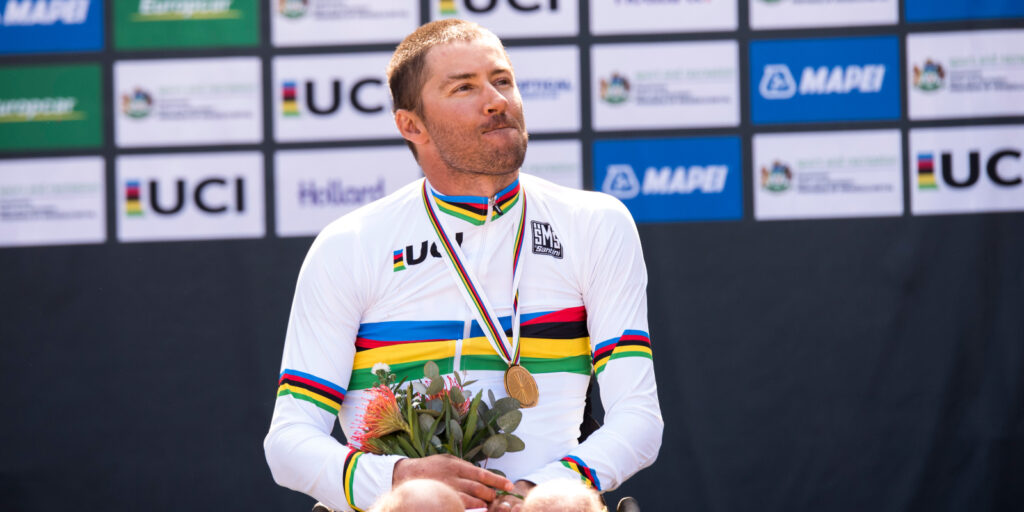