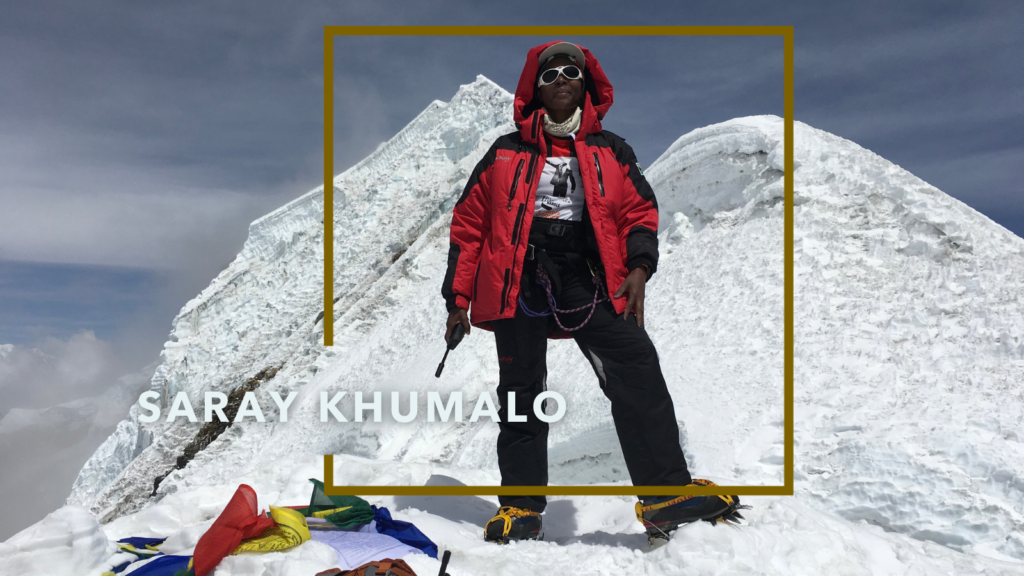 If at first you don’t conquer Everest, climb and climb again shows Saray Khumalo, the  mountaineer and philanthropist who turns mountains into libraries.

Saray Khumalo is an award winning mountaineer, financial services executive, a Guinness World Record holder, and mother of two who in 2019 became the first black African woman to reach the summit of Mount Everest. 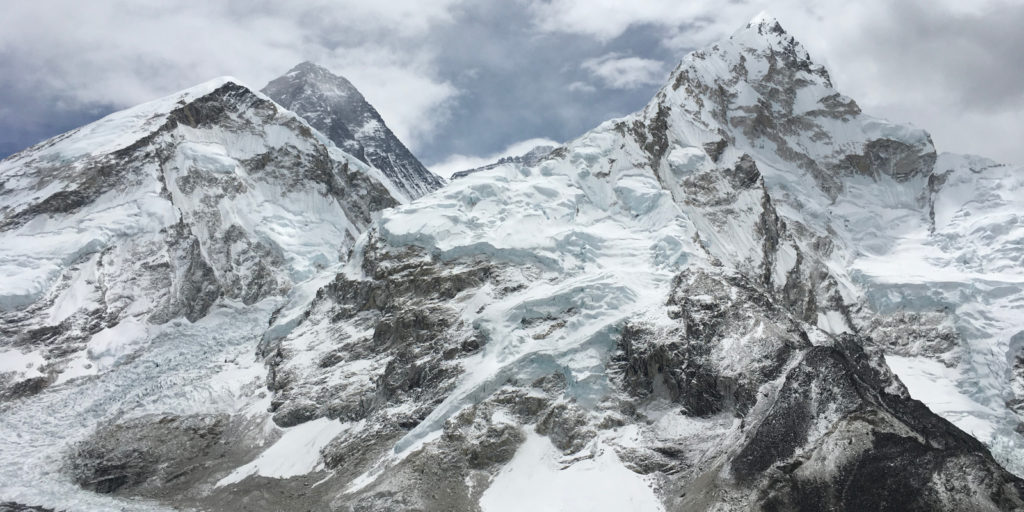 Prior to her 2019 success, she had attempted several times to conquer Mount Everest. Her first attempt was in 2014, when she was halted after an avalanche that killed 16 guides on the slope. She tried again in 2015, but was halted again by an earthquake in Nepal. Her final try before her success was in 2017 where she was forced to turn back because of the terrible weather.

The Zambia-born South African explorer is also known to have summited five mountains, including Mount Kilimanjaro in Tanzania, Aconcagua in Argentina and Mount Elbrus in Russia. With every step that she has taken, she has raised millions for grass roots education.

“I’m very passionate about education and literacy and that’s because I’m here talking to you today, and have been able to step on top of the world, because of the investment that my parents made in my education. I believe education is the equaliser. It’s the one thing that can ensure that African children are not second class citizens in the global village,” says Saray before adding…

“Philanthropy and raising funds has been part of my journey since 2012, when we first climbed Kilimanjaro and raised money for Kids Haven. It’s been an exciting journey. One that has been full of exciting moments on the mountains, as well as off the mountains. There were also some cries in there, but what is thrilling for me is that I’ve been able to raise over 2.6 million Rand, built over 15 libraries and now we’re on a journey to build digital libraries.”

Saray’s responsible and sustainable approach to her philanthropic work is inspiring and has us reflecting on our responsibility to future generations with a final statement – “You can climb up a mountain, take a selfie and talk about it around a braai, or you can climb up a mountain and make sure that the next generation is left with a gift that is sustainable and gives them a chance to be a big player on the global stage.”